Multiple Chinese cities, including Beijing, as well as cities in Southwest China's Sichuan Province, Central China's Hunan and East China's Zhejiang and Anhui, have released the location of local vaccination sites while encouraging the public to seek out a second COVID-19 booster shot. 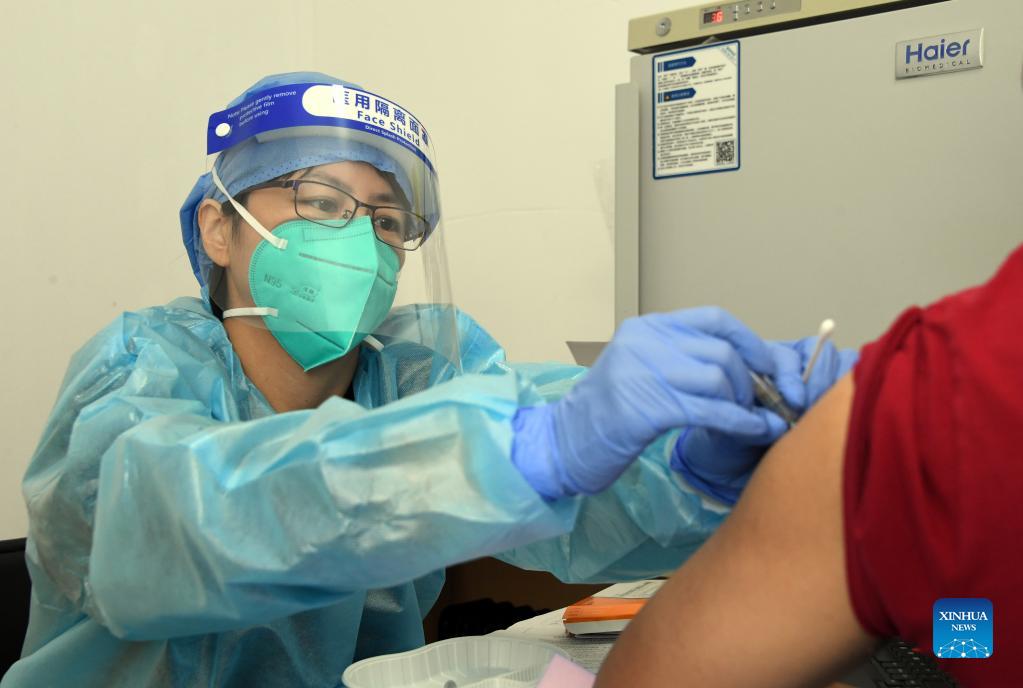 A medical worker administers a booster shot of the COVID-19 vaccine to a resident at a vaccination site in Xicheng District of Beijing, capital of China, Oct. 17, 2021. (Photo: Xinhua)

Beijing's Dongcheng district started the booster campaign on Thursday, following a call from China's top health body to prioritize boosters for those from high-risk groups, including the elderly and those with underlying diseases and weak immune systems and who received their first inoculation over six months ago.

As one of the capital's central districts, Dongcheng said it has set vaccination sites in 17 blocks within the district, offering detailed addresses, opening times, and contact personnel and phone numbers for each location.

The district said it would also organize vaccination vehicles and mobile vaccination teams to improve accessibility, welcoming people from other parts of the city to Dongcheng for vaccination.

Outside of Beijing, Zhuzhou in Hunan and 15 cities across Sichuan, including Chengdu, Panzhihua, Luzhou and Deyang, have also listed out information of local vaccination clinics providing second booster shots. Anhui required the establishment of a green channel, which incorporates door-to-door service for the elderly to receive a second booster.

China's national health commission rolled out the second booster shot to better protect vulnerable groups after China further adjusted and optimized its COVID response. Experts from Chinese Center for Disease Control and Prevention suggested seniors who haven't completed vaccinations to get a shot and a booster as soon as possible.

According to the National Administration of Disease Control and Prevention, as of Tuesday, 86.6 percent of people aged above 60 and 66.4 percent of seniors over 80 had completed their full COVID-19 vaccination regime.