Inside China's largest privately run museum that commemorates the War of Resistance against Japanese Aggression (1931-45), in Chengdu, Southwest China's Sichuan Province, thousands of pieces of indisputable evidence that describe the cruelty of Japanese soldiers are on display.

Fan Jianchuan, entrepreneur and founder of the Jianchuan Museum, hopes that the relics from the war can always remind people of history and the preciousness of peace.

"We need to hold the spirit of unremitting self-improvement and strive to build a strong country. We should not let Japanese troops and other people illegally trespass across our border ever again. Every Chinese person should bear this in mind," Fan told the Global Times.

In one of the distinguished exhibition halls inside the Jianchuan Museum, thousands of pieces are showcased, ranging from records of Japanese killing civilians in China and official documents written during the bombing to Japanese swords and propaganda materials boasting of military achievements.

The hall covers 3,500 square meters and was designed by Japanese architect Arata Isozaki. About 95 percent of the exhibits are from Japan, Xinhua reported.

Besides this hall, the Jianchuan Museum also hosts several small halls under the theme of the war of resistance. These smaller collections include the Mainstay Museum that tells the story of the resistance against the Japanese invasion led by the Communist Party of China, and the Museum of the Battlefront which demonstrates important battles fought by the Kuomintang army, as well as the Museum of the Flying Tigers to commemorate the contribution of American soldiers and the Museum of Prisoners of War that is dedicated to Chinese captives during the war. There is also a Chinese veteran handprint square showing more than 4,000 handprints from veterans who have participated in the war.

Fan paid for the museum himself. It started operation in 2005, and he says he will spare no efforts to keep the doors open. 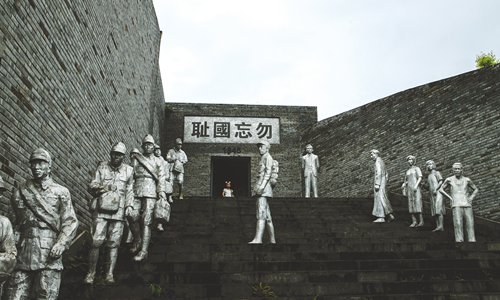 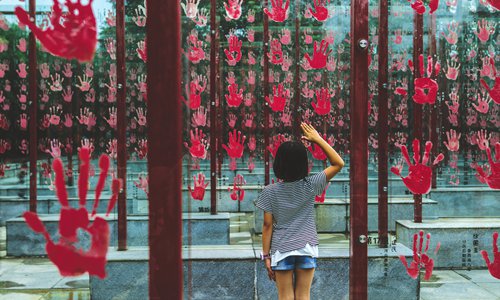 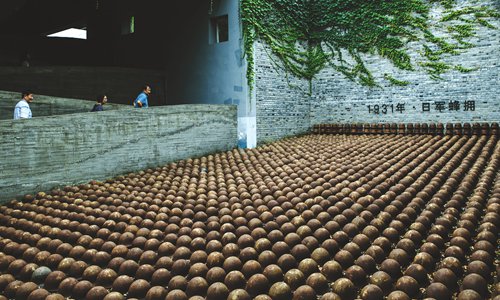 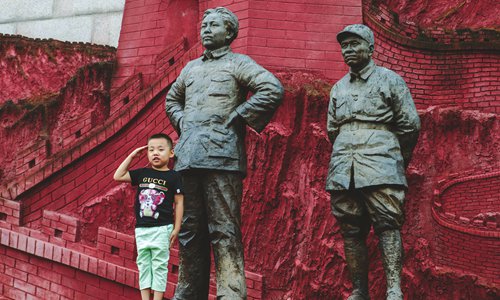 A boy salutes in front of a statue of Chairman Mao Zedong which is showcased in the museum. (Photo: Li Hao/GT)