Music teacher keeps village students in tune with their talent 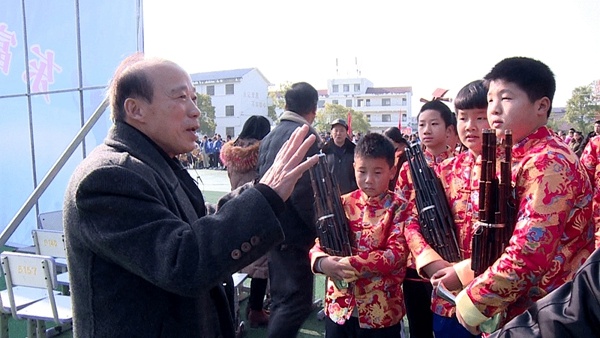 It is almost like a ritual; certainly it's an accurate way to keep the time. Every Sunday afternoon, from 3 pm, a melody of different Chinese musical instruments can be heard and appreciated by passersby as they stroll by Li Shuyou's house in Jiantouzhou village in Liling city, Hunan province. The music has accompanied them for over five years.

Seven years ago, Li and his wife returned to the village upon retirement. He noticed that many children there had nothing to do after school and, because their parents were away working in big cities, simply wandered the streets or became addicted to online games.

Disciplining the children may be easy but might not be effective, so Li came up with the idea to start music classes.

"I felt sorry seeing them waste the prime of their youth without doing anything; I wanted to do something for them," Li says.

Li renovated his old house and was able to accommodate up to 40 students at any one time. He also purchased Chinese musical instruments at his own expense, and started providing lessons for free on weekends and holidays.

"I learned to sing Huagu Opera and began to play traditional musical instruments at the age of 7," says Li, who used to work for the local Huagu Opera troupe. "I want kids to learn a skill, and I also hope that I could help pass down our traditional culture to the next generation."

At first, children and their guardians turned up just to satisfy their curiosity. Some doubted whether Li would really offer classes free of charge.

"I didn't believe a teacher would offer music classes in a place like our village for free," recalls one of Li's students, Ding Jiewen. "So I came to find out, and in all these years, I really learned a lot and I was joined by many of my friends. I hope our troupe will develop and I can be a musician in the future."

Ding started the lessons when she was a sixth-grade student, and now she is about to graduate from junior middle school.

"Teacher Li is very responsible. He often reminds us of the time of the music class, so we won't be late. When it comes to playing, he is always patient in pointing out our mistakes," Ding says. 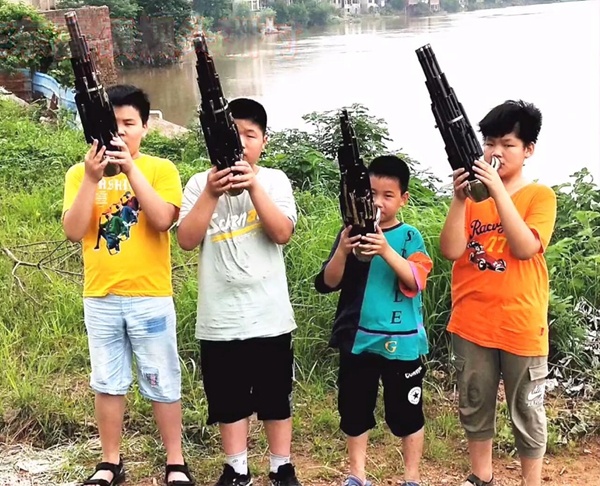 The children, who used to idle around in their Jiantouzhou village, have learned to play lusheng, a reed-pipe wind instrument, thanks to Li. (Photo: China Daily)

Another student in Li's music class, Huang Xianfu, under Li's coaching, recently passed the fifth-level performance test of the Chinese bamboo flute. Like Ding, he too has been taking the classes for more than five years.

Always smiling, Li is not the type of teacher that scares students. However, teaching is not always easy.

"For these kids, I have to teach from the very beginning because they lack basic music education," says Li, adding that he also teaches them to read the scores.

The classes are not one-on-one. Usually a dozen children take lessons at the same time. Li will walk around, listen to their performance and coach them. Standing and coaching for about two hours is not easy for the 77-year-old, who often does not have time to take a break.

For teenagers, music class can be boring, especially when they have to monotonously practice a part by repetition. To maintain their interest, Li will choose the songs that appeal to them and come up with games to make lessons more engaging.

An orchestra of traditional Chinese instruments has gradually taken shape as the number of Li's students reached 60.

With the increasing popularity of Li and his lessons, he was invited to give lessons at Shiwan primary school in Liling's Dongfu town every Thursday afternoon.

Last year, under Li's efforts, a children's orchestra was founded at the school, and it has performed on public occasions. Some of the students were even admitted into music conservatories.

Li's next plan is to strengthen their playing skills and then perform more original songs with a local flavor.

"I am in love with music and also want the younger generation to get spiritual power from music," Li says. "I hope the orchestra will develop and I will be able to continue teaching."