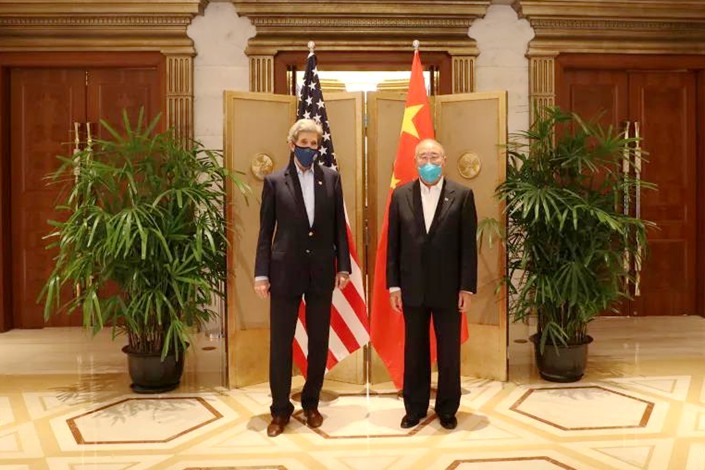 Climate envoys of China and the United States are sitting down in Tianjin for their second face-to-face discussion on mutual actions to address climate change. Experts said both countries made climate change mitigation a top priority and their cooperation is closely linked with bilateral relations as a whole.

US climate envoy John Kerry was the first senior member of the Biden administration visiting China in April. This Tianjin talk with his Chinese counterpart Xie Zhenhua is the second one in five months, signaling the gravity of climate change issue in both governments’ national strategies. Experts agree prospects for cooperation for a low carbon future are promising despite overall China-US relations being at a low ebb.

Since US President Joe Biden took office, senior officials of the two countries have been conducting relatively smoother and deeper communications on the climate change issue, where both countries have more common ground and incentive to cooperate, Zou told the People’s Daily.

Kerry’s visit comes just weeks ahead of the 26th UN Climate Change Conference of the Parties (COP 26) in Glasgow in November, where nations will be brought together to coordinate actions toward the goals of the 2015 Paris Agreement.

The two countries declared both will cooperate to promote a successful COP 26 after climate officials concluded a meeting in April, and the Tianjin meeting is expected to seek solid progress for COP 26 targets.

In July, Kerry’s senior adviser Jonathan Pershing told US lawmakers that climate change cooperation with China will be a “standalone” issue. However, it’s unlikely that efforts for common climate actions can be insulated from China-US tensions. 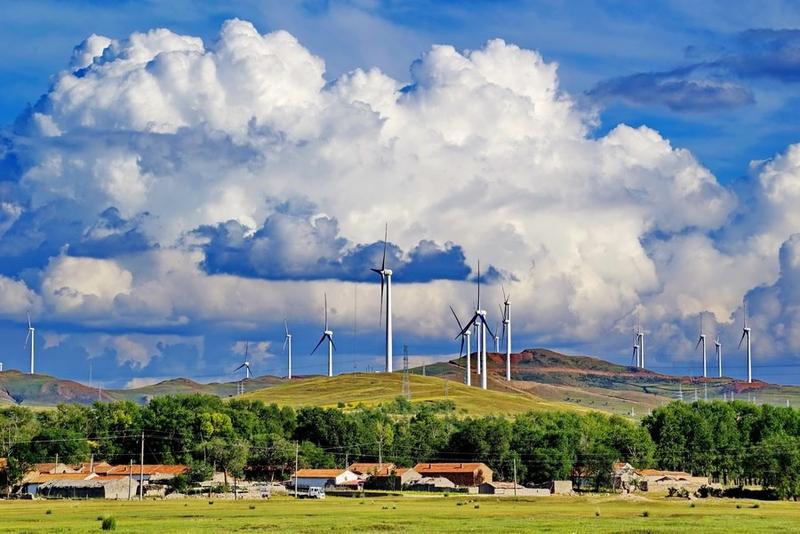 “For the current situation, both China and the United States have shown strong willingness for cooperation and they are able to reach a consensus and manage differences,” Xu Qinhua, Vice Dean of the National Academy of Development and Strategy of Renmin University of China, told the People’s Daily.

The past experience of international cooperation has shown that cooperation on climate change cannot be singled out from the general environment of relations and must be based on basic mutual trust, said Zou, adding that if the US really intends to cooperate, it should stop crossing China’s red lines.

Chinese officials have stressed the country is already on a fast track to reduce carbon emissions. The official targets mean China will take only 30 years to to cut carbon emissions from their peak to neutrality. The same process would take the EU 60 years and the US 45 years.

The world is anticipating solid progress in the carbon-reducing collaboration between China and the US, both top emitters and world leaders in cutting-edge renewable technologies and green finance. “The synergy of the two countries will provide more momentum to the global fight against climate change,” said Xu.

The vast number of developing countries in particular need joint commitments from the world’s largest economies to achieve a green transition.

“Shortages in funds, technology and personnel are the main hurdles standing in the way of developing countries’ green transition,” said Xu. “Developing countries are facing a complex mission of reducing carbon emissions while sustaining substantial economic growth, and funding will be a striking challenge.”

Xu suggested China and the US could play a bigger role in green financing for developing countries.

The basic principle is to respect the realities of developing countries and help them avoid twists and turns that China and the United States had encountered along their low carbon development, said Yang.