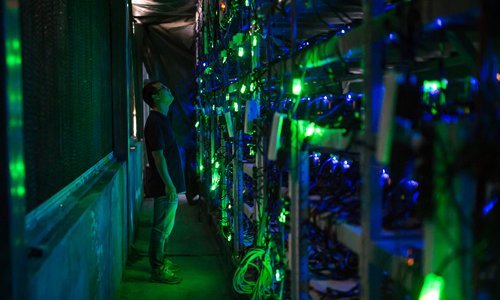 The draft will be open to comment from February 25 to March 3.

North China's Inner Mongolia Autonomous Region is one of the areas with the most virtual currency mines, due to its cheap cost in electricity. Other parts of China, such as Southwest China's Yunnan Province and Sichuan Province, are also home to a concentrated number of virtual current mines.

The fate of the virtual currencies mining industry has been hanging in the balance in China after the government banned initial coin offerings around mid-2017, leading to the shutdown of a number of bitcoin platforms in the country. Crypto token mining gradually flourished since about 2013 when many digital currency mining companies came to China to take advantage of cheap cost in electricity, especially in some southwestern regions.

Recent market speculation has emerged as to whether the government will ease policy controls on the crypto token mining industry, especially after the National Development and Reform Commission removed bitcoin mining from a list it drafted in early 2019 that listed industries it wanted to eliminate.