Shijiazhuang in North China's Hebei Province was locked down after reporting 117 new COVID-19 infections on Thursday, including 50 confirmed COVID-19 cases and 67 asymptomatic ones, hitting a record number of daily cases since the fresh outbreak started on Saturday. 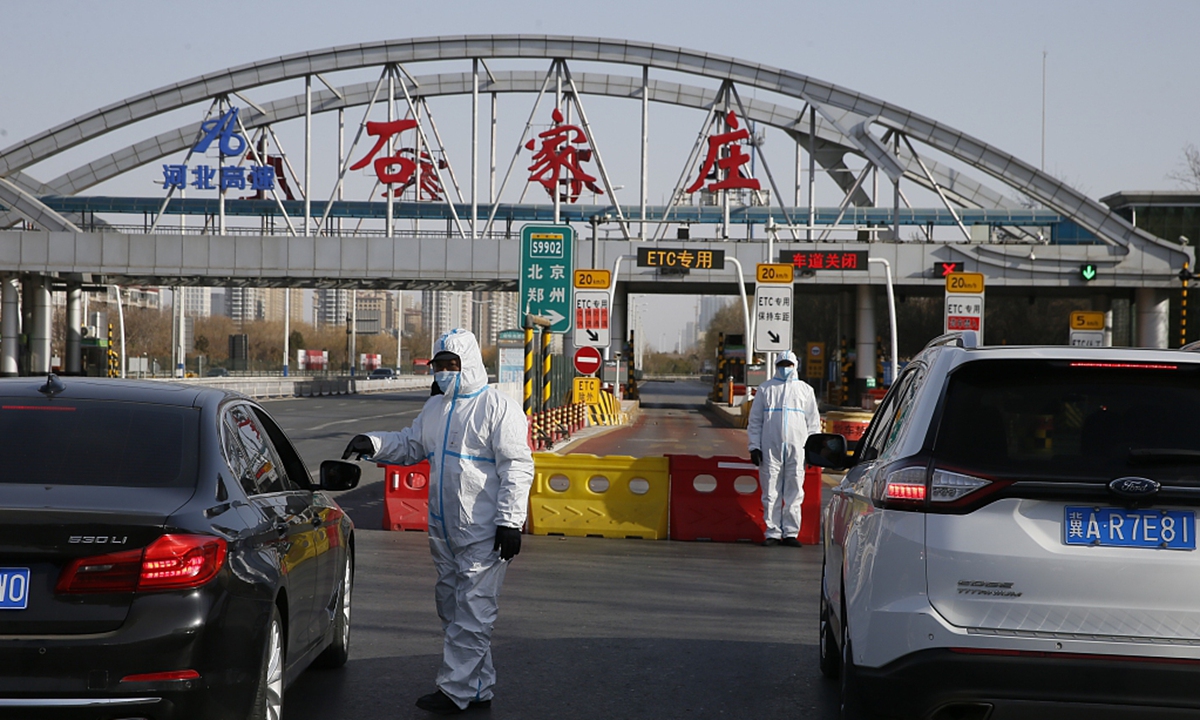 As of 12 pm Thursday, the city had collected about 6.11 million nucleic acid test samples for COVID-19 in the city-wide testing campaign which started on Wednesday. 2.4 million samples have been tested, among which 11 new positive cases were found.

Authorities have also imposed temporary closures on railway stations and suspended operations of the long-distance bus transit station in the city.

Among the 50 newly reported confirmed cases, three patients had attended weddings in various places, and one is a college student in Shijiazhuang.

Shijiazhuang has reported 83 confirmed cases and 148 asymptomatic patients as of Thursday in the last five days.

The city announced it was entering "wartime" mode on Sunday.

It started the city-wide nucleic acid testing for COVID-19 on Wednesday and has collected about 2 million samples as of 5 pm Wednesday.