At least three officials from Shijiazhuang, capital city of North China's Hebei Province, were suspended or removed from their posts for poor response to the epidemic. The city has reported 26 confirmed cases, and another 19 infections that were found after mass testing are waiting to be confirmed. 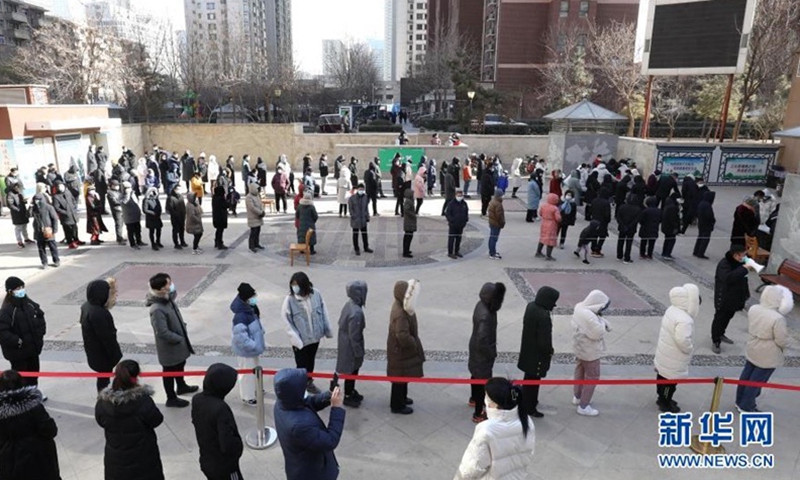 On Tuesday, Shijiangzhuang reported 14 confirmed cases, 11 of which are from Shenze County and three from Jinzhou, bringing the total confirmed cases to 26.

Another 19 residents tested positive for COVID-19 in the second round of mass nucleic acid tests. Eight of them were from quarantined venues and another 11 were detected from epidemic restricted zones. Their final test results are still being processed.

Entry and exit points of Shenze County and Jinzhou city, both under Shijiazhuang, were under control.