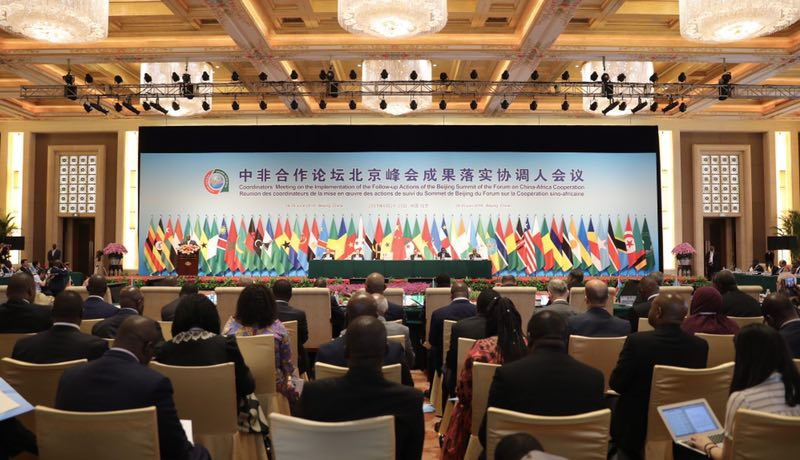 The Coordinators' Meeting on the Implementation of the Follow-up Actions of the Beijing Summit of the Forum on China-Africa Cooperation (FOCAC) is held in Beijing, (Photo: CGTN)

As Hoebes recalled, the cooperation between China and Namibia started before the FOCAC, which was way back during Namibia's fight for its independence. In 1990, China and Namibia established their diplomatic ties.

"FOCAC acts as a pace-setter towards the development trajectory," said Christine Hoebes, deputy minister of international relations and cooperation in Namibia.

Talking about the recent collaboration on infrastructure connectivity between China and Namibia, Hoebes said China will help construct four rural schools and satellite data receiving station among other projects.

The Coordinators' Meeting on the Implementation of the Follow-up Actions of the Beijing Summit of the Forum on China-Africa Cooperation (FOCAC) is held in Beijing, China, June 25, 2019. /CGTN Photo

Hoebes said the "five-no" approach, especially non-interference, is in line with the constitution of Namibia. Because of the previous interferences of other nations, we have moved several steps backwards on poverty and the education of young people.

"But now we are seeing Namibia is moving towards the development path. We stand firm behind the Chinese president's no-interefence approach. It will be good if every other country could follow suit. So that, we could determine our own destiny," added Hoebes.