On Friday night, a candlelight vigil was held in Nanjing to commemorate the 300,000 victims in the Nanjing Massacre committed by Japanese invaders 82 years ago. 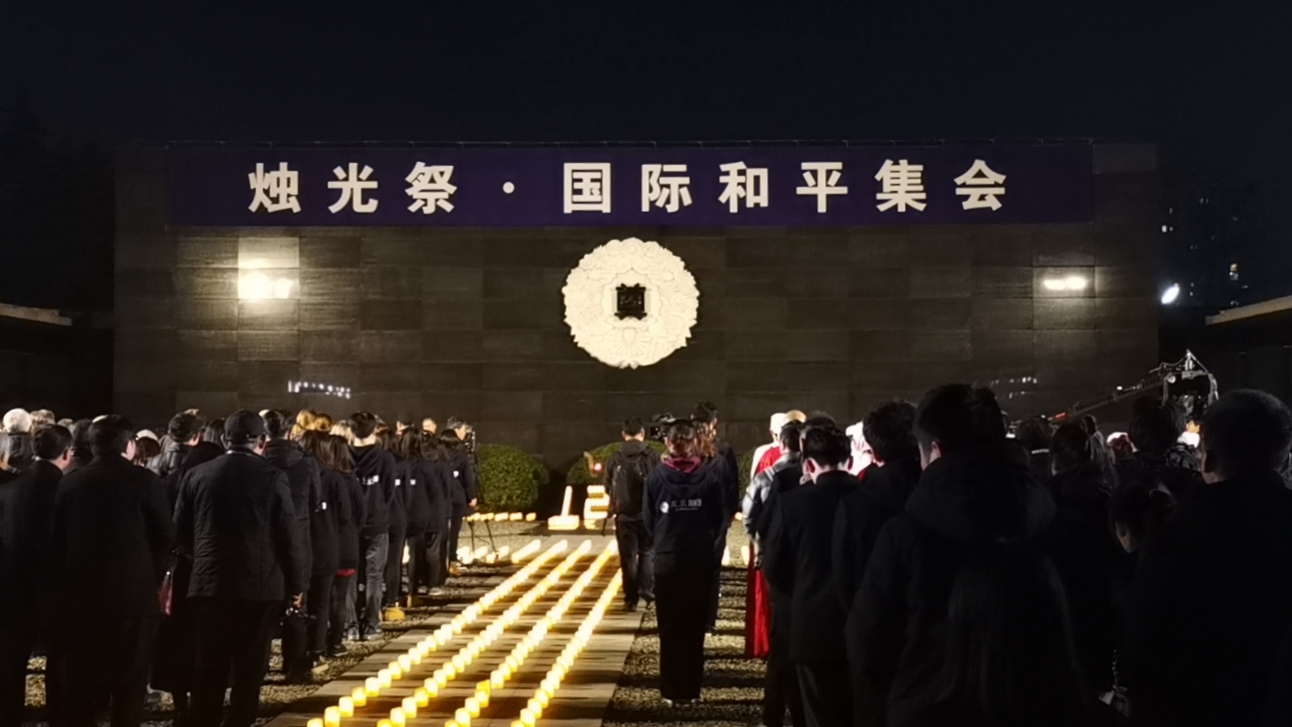 Hundreds of mourners gathered at a vigil at the Memorial Hall for Victims of the Nanjing Massacre in the eastern Chinese city of Nanjing on Friday evening. /CGTN photo

The vigil began with a sentimental melody "Memory of Nanjing" by a trumpet player. Altogether, hundreds of candles were lit. At the stage center, candles were arranged into the numbers of the date – "12•13," and the year of anniversary – "82."

The vigil was observed by survivors of the massacre and their families, pupils, nurses, military servicemen as well as foreign representatives from Japan,Germany, France and Korea.

This year is the 17th time that Yayoko Yamauchi comes to Nanjing for the memorial. She said: "The war is over, but the trauma left by the war is long-lasting. Only integrity can be the foundation of peace, and only peace can be our road to prosperity."

Nanjing has been holding candlelight vigils at the memorial hall every year since 2009.

This year marks the 82nd anniversary of the Nanjing Massacre. On December 13, 1937, Japanese invaders seized the city and started a six-week long atrocity that left more than 300,000 local civilians and demobilized