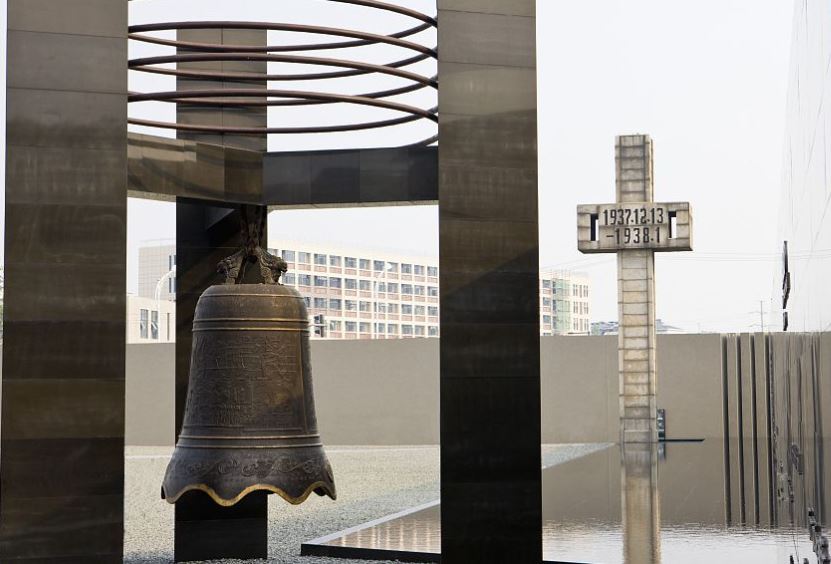 The Peace Bell at the Memorial Hall of the Victims in Nanjing Massacre by Japanese Invaders, east China's Jiangsu Province. (Photo: VCG)

The Memorial Hall of the Victims in Nanjing Massacre by Japanese Invaders in east China's Jiangsu Province saw a record number of visitors during this year's Spring Festival holiday.

On the first six days of China's Lunar New Year, the memorial hall received 299,961 visitors, up 51 percent year on year.

"When I was young, I saw my fellow compatriots being bullied," said 84-year-old Yang Ruifu, a visitor to the memorial hall. "Now we are living at a time of peace and prosperity. We must cherish it."

Japanese troops occupied Nanjing, then China's capital, on December 13, 1937, and began a six-week massacre. Chinese records show that more than 300,000 people – both unarmed soldiers and civilians – were brutally murdered and over 20,000 women raped.

In February 2014, China designated December 13 as "National Memorial Day for Nanjing Massacre Victims" to mourn the victims as well as all those killed during the war against Japanese aggression.