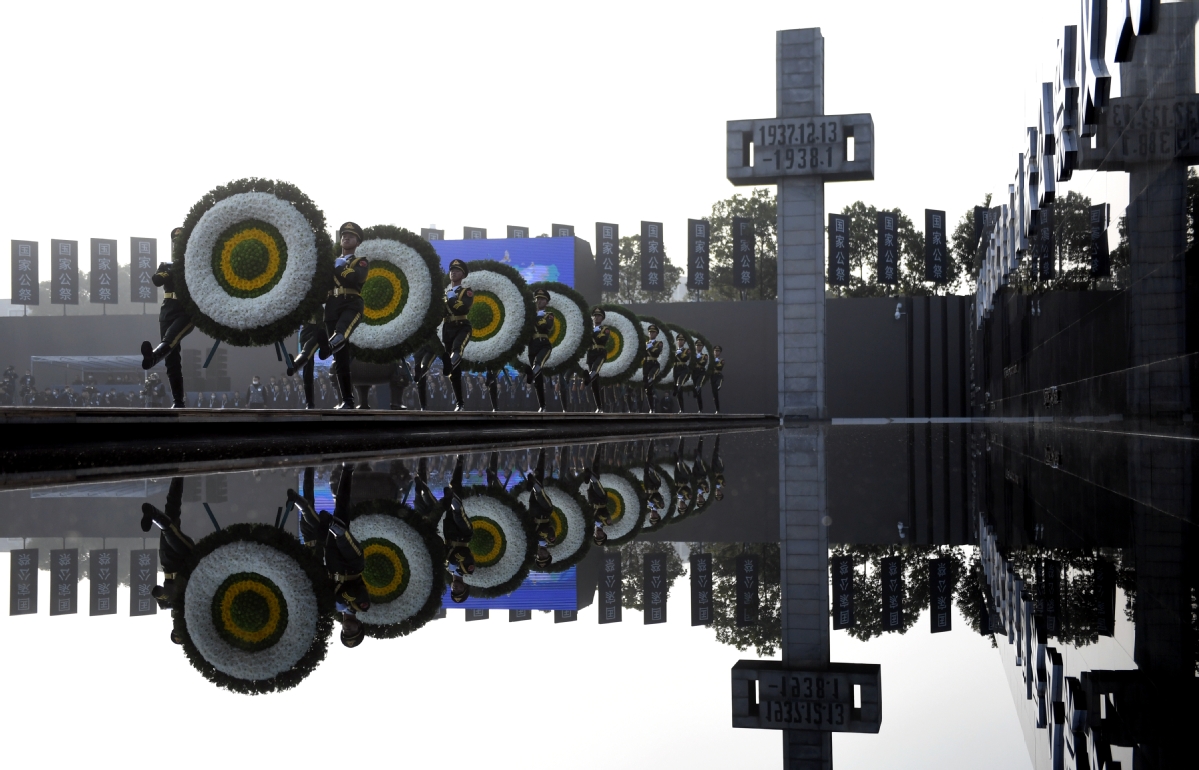 A memorial ceremony is held in Nanjing, Jiangsu province, on Sunday to mourn the 300,000 victims of the Nanjing Massacre. In 2014, China's top legislature designated Dec 13 as the National Memorial Day for Nanjing Massacre Victims. [Photo by Cui Xiao/For China Daily]

People from all walks of life attended the ceremony for the National Memorial Day for Nanjing Massacre Victims in the city in Jiangsu province on Sunday to mourn the 300,000 people who were killed by Japanese troops after they captured the city on Dec 13, 1937.

Chen Xi, a member of the Political Bureau of the Communist Party of China Central Committee and head of the CPC Central Committee's Organization Department, said at the ceremony that the Chinese people will firmly keep history in mind, never forget the past, always cherish peace and look to the future.

The Chinese people mourn the victims killed in the massacre, the martyrs sacrificed in the War of Resistance Against Japanese Aggression (1931-45) and the international friends who fought with the Chinese people during the war, Chen said at the Memorial Hall of the Victims of the Nanjing Massacre by Japanese Invaders.

The suffering in history cannot be forgotten and the pace of progress can never stop, he said, adding that the achievements China has made in national rejuvenation and in fighting against poverty are the best tributes to the martyrs and victims of the war. 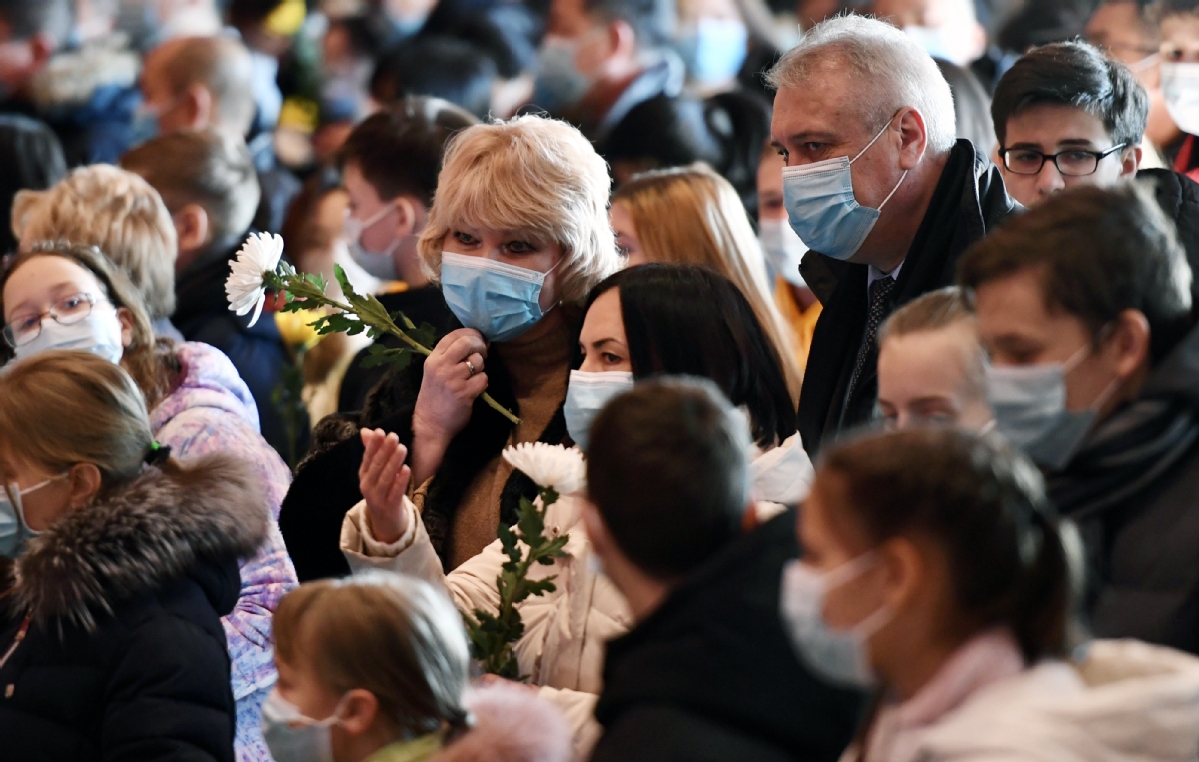 Russian citizens attend an exhibition marking the memorial day at the Museum of the War of the Chinese People's Resistance Against Japanese Aggression in Beijing on Sunday. [Photo by Wei Xiaohao/China Daily]

"China will always be committed to the path of peaceful development," said Chen.

Qiu Haibo, one of the 3,000 people attending the ceremony and director of the Clinical Quality Control Center for Critical Care Medicine, said that peace does not come easy and people should cherish peace.

"We mourn the victims and wish for future peace," said Qiu, who had traveled 210 days this year to Hubei, Heilongjiang and Jilin provinces and the Xinjiang Uygur autonomous region to help contain the COVID-19 pandemic.

"Many medical workers sacrificed their lives to save others during the war," said Li Zhuo, a doctor at the Children's Hospital of Nanjing Medical University. "We'll continue to look after our people with our experience, enthusiasm and faith."

The Nanjing Massacre took place when Japanese troops captured the city on Dec 13, 1937. Over the course of six weeks, more than 300,000 unarmed soldiers and civilians were killed and over 20,000 women were raped, according to Chinese records.

Around 10 am, sirens wailed across Nanjing, people in the city observed a minute of silence and car horns were sounded. Teenagers read out a declaration of peace, soldiers presented wreaths and doves were released at the square of the memorial hall.

"We must love peace and avoid war," said Xu Tongjie, a senior high school student at Nanjing No 1 Middle School, who attended the ceremony. "The ceremony was held to announce to the world that peace must be cherished."

Days before the ceremony was held, people in Nanjing had paid tribute to the victims buried at the 19 mass graves in the city.

Overseas Chinese were suggested to observe a minute of silence in remembrance of the victims, said Wang Haicheng, president of the Institute of Asian World War II History in North America and the Nanjing Association of Canada.

"Due to the pandemic many overseas Chinese cannot hold offline memorial services," said Wang. "But we suggested that they pay tribute to the victims on online platforms together with people in Nanjing."

China's top legislature designated Dec 13 as the National Memorial Day for Nanjing Massacre Victims in 2014. Memorial ceremonies have been held every year on Dec 13 at the memorial hall, which receives more than 8 million visitors a year.

Guo Jun contributed to this story.