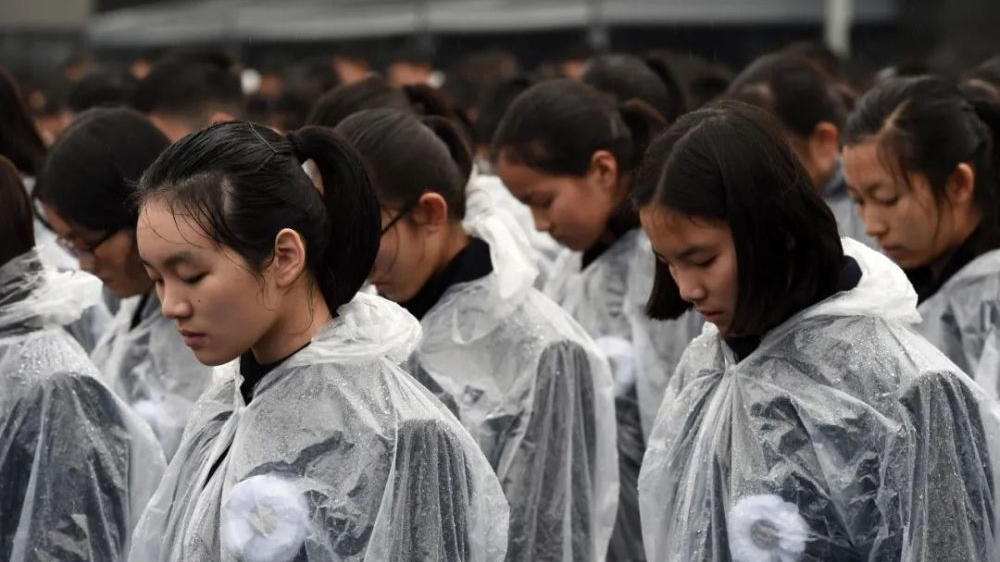 Student representatives pay a silent tribute at the National Memorial Ceremony for the Victims of the Nanjing Massacre, December 13, 2016. (Photo: Xinhua)

Sunday marks China's seventh national memorial day for the more than 300,000 victims of the Nanjing Massacre, which took place in 1937 when the invading Japanese troops captured the city.

A commemorative ceremony was held at a memorial hall in the city in east China's Jiangsu Province on Sunday as China's national flag flew at half-mast and sirens wailed throughout Nanjing.

In the lead-up to the day, the city saw a series of activities to honor the victims. A recitation relay was held at seven landmarks in Nanjing onSaturday evening, during which seven speakers recalled the events of that day 83 years ago.

"The air is getting tense day by day, and the situation is getting worse. On the morning of December 13 (1937), our Nanjing was occupied by the enemy," the speakers read aloud.

They recited excerpts from diaries of witnesses, oral narrations, poems and news reports to cherish the memory of the innocents who lost their life.

Earlier, literary and artistic works about the Nanjing Massacre and anti-Japanese war were presented to the public in a series of exhibitions.

The public was at the center of remembrance activities in Nanjing.

More than 600 primary and secondary schools carried out activities related to the Nanjing Massacre, like reading historical accounts of the event and creating artwork themed around the war of anti-Japanese aggressors.

A group of citizens also measured the "Nanjing Safe Zone," an area set up by foreigners residing in the city at the time to protect Chinese civilians before the Japanese invasion.

As of Sunday, Nanjing has held more than 10 public memorial activities to commemorate the Nanjing Massacre and call for peace.

"It's been 83 years. Although the gunpowder has dissipated, history has never been far away. Because the pain is unforgettable, the belief in remembering history and cherishing peace is even stronger," said Zhang Jianjun, curator of the Memorial Hall of the Victims of in Nanjing Massacre by Japanese Invaders.