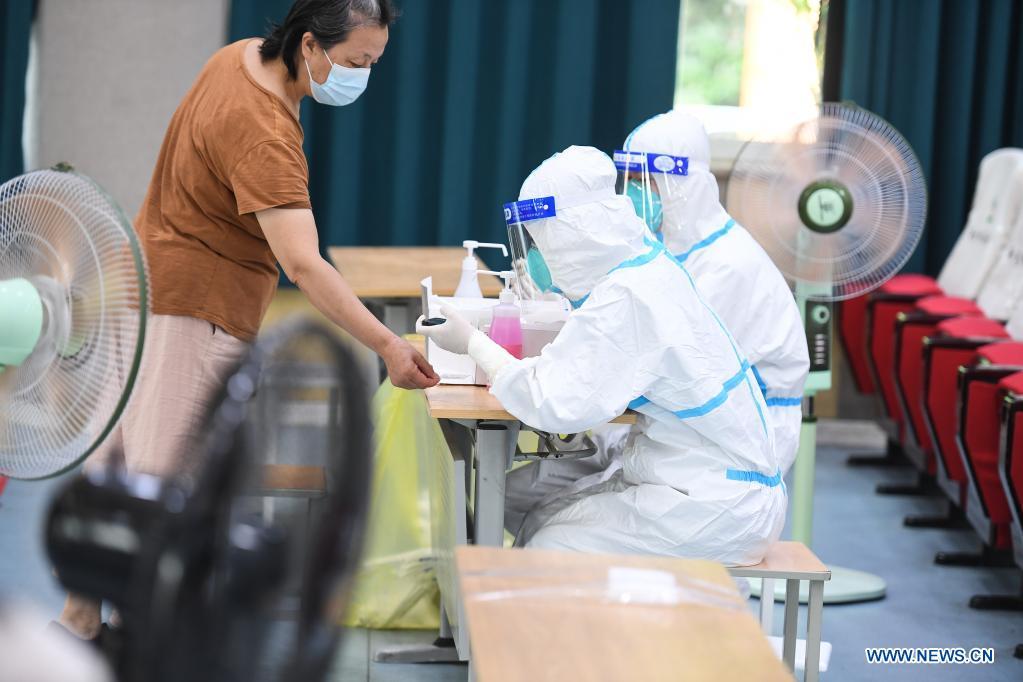 Nanjing, the capital of Jiangsu province, downgraded all areas of the city to low risk on Thursday and will gradually resume operation of public transportation after one month of its hard battle against the COVID-19 Delta variant.

Ding Xiaoping, deputy director of the Nanjing Health Commission, said that the reduction of the risk level has been approved by COVID-19 control and prevention experts.

"Although Lukou subdistrict (the city's last medium-risk area) has been downgraded from medium to low risk, residents living there will still be quarantined for another seven days to guarantee safety," Ding said at a news conference on Thursday.

The subdistrict, where Lukou International Airport is located, first reported cluster infections in the latest COVID-19 outbreak on the Chinese mainland when some airport workers tested positive for the virus starting July 20.

Nanjing has so far reported 235 locally transmitted COVID-19 cases. No new cases have been reported for six consecutive days in the city, which has a population of 9.3 million.

The news was welcomed by parents in Nanjing, as children in the city can only return to school 21 days after all its areas are classified as low risk.

Chen Jie, a mother in Nanjing's Siyuan community, said that she was overwhelmed after she heard the news.

"That's not an exaggeration," said the 36-year-old. "After being quarantined with two boys at home for three weeks, I need some personal time."

Shi Rui, who lives in Jiangning district, said that he was happy about the resumption of public transportation on Friday, especially the subway lines passing through the district.

"I won't have to ride an electric bike for an hour to go to work on Friday," said the 23-year-old. "After hearing subway service would be suspended on Aug 3 in Jiangning district, my neighbors and I lined up to buy electric bikes. It felt awful to ride to work when it rained heavily."

Train services that were halted owing to the rise in Jiangsu's COVID-19 cases will also resume on Friday, including trains running from Nanjing to Shanghai.

Scenic spots and parks in the city will also be opened soon, according to the health commission.

Although some Chinese media reported that Lukou International Airport will reopen on Thursday, the airport said that the date it would resume operations had yet to be decided.

Yangzhou, another city in Jiangsu hit by the virus, reported three new locally transmitted confirmed cases on Wednesday, according to the Jiangsu Health Commission on Thursday morning.

Two other new cases, one each in Shanghai and Yunnan province, were reported on the Chinese mainland on Wednesday.