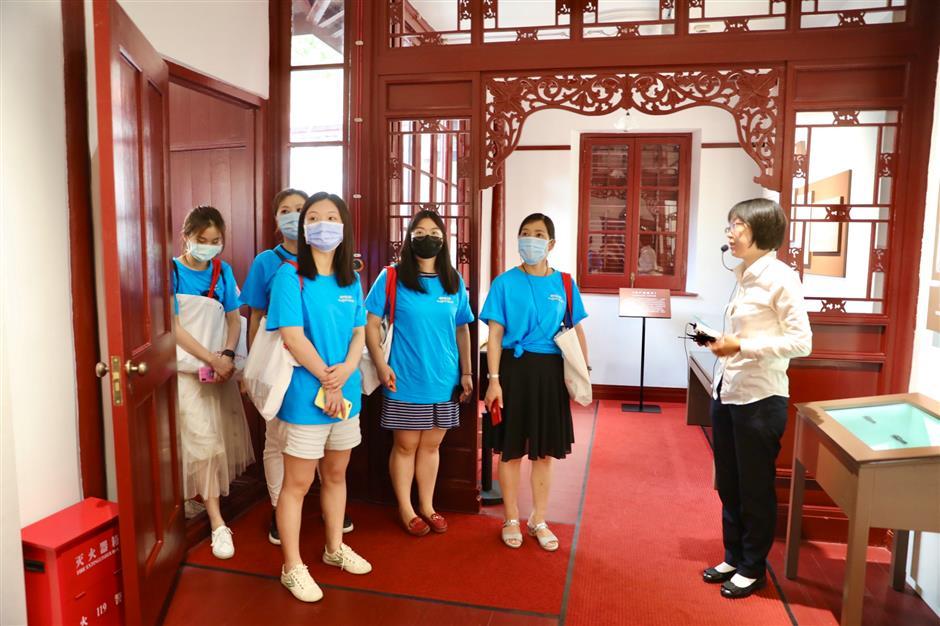 Huangpu residents visit the historical sites and attractions in the district on Wednesday ahead of the Shanghai Tourism Festival.

A lighting ceremony is planned on Nanjing Road E. on Saturday night to mark the official opening of the new extension of the Nanjing Road Pedestrian Mall and commemorate China's first electric street lamp.

As part of the opening ceremony for the Shanghai Tourism Festival, the street lamps on the extension between Henan Road M. and the Bund will be illuminated one after another.

The first lamp was illuminated on Jiangxi and Nanjing roads by the Shanghai Electric Company on July 26, 1882, marking the beginning of the city's modern development. The event was reported by the influential North China Daily News. A lamp in the same style has been erected on the original site.

“The newly unveiled Nanjing Road is expected to become the first stop for tourists and citizens to feel the ambiance of the Shanghai Tourism Festival,” said Yang Dongsheng, deputy director of Huangpu District.

Huangpu invited a dozen residents to walk the district’s newly released tour routes on Wednesday and learn about the attractions of the upcoming festival to run through September 27. 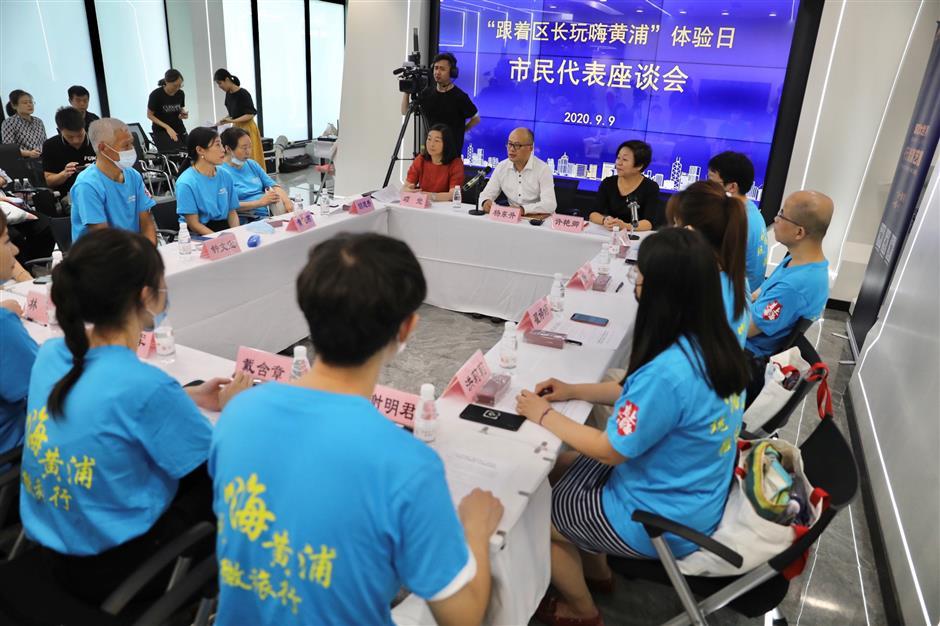 During the festival, Huangpu will launch a series of culture and travel activities around the Nanjing Road Pedestrian Mall, Yang said. Businesses flanking the road will extend opening hours and launch promotion events.

The Liuhe Road bazaar near the mall will reappear during the festival. The open-air bazaar was among the most popular destinations during the Labor Day holiday this year. It opened between noon and 9pm from April 30 to May 5.

Around 60 stalls in a row of transparent tents will be placed between two buildings of the Shanghai No.1 Department Store. Cultural and fashion products such as necklaces and ceramics are expected to attract shoppers and tourists.

A number of new stores will be unveiled in the renovated historical lane-style Cichangli and Ci’anli houses. Many time-honored local brands will release Shanghai souvenirs. 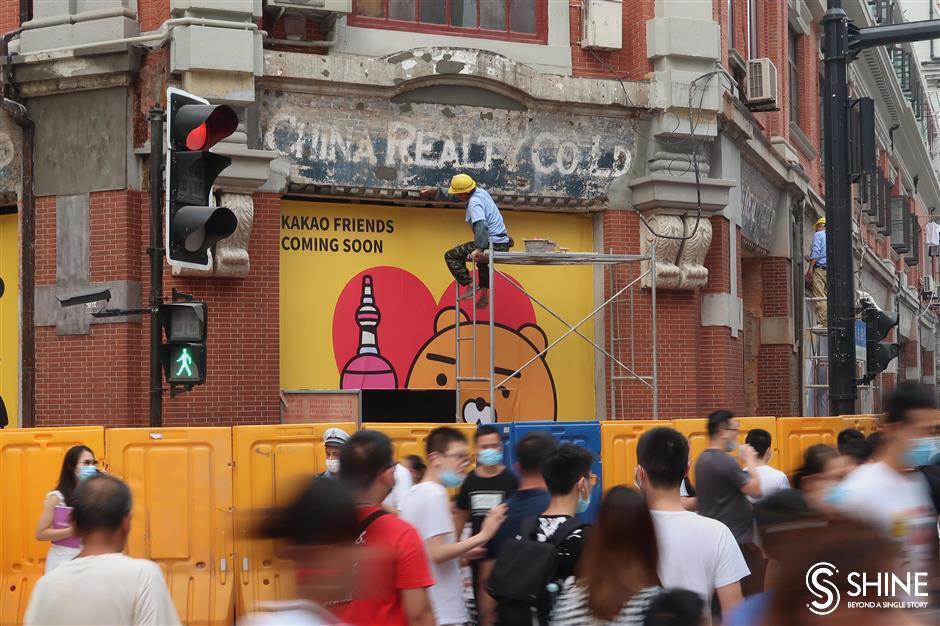 A century-old English sign is revealed at the corner of Nanjing Road E. and Jiangxi Road M.

A century-old English signage found during the extension work has been preserved to showcase the history of the building to visitors, said Xu Yanqing, director of the Huangpu Culture and Tourism Bureau.

The words “CHINA REALTY CO.LD,” once Shanghai’s biggest real estate company, were painted on multiple concrete beams on a historical building at the corner of Nanjing Road E. and Jiangxi Road M. The structure has been home to a popular South Korea store, but the store has been asked to erect another sign and keep the original one, Xu said.

The district released 10 tour routes on Wednesday which include the sites related to the history of the Communist Party of China, heritage skills, the Nanjing Road E and the 120th anniversary of Huaihai Road.

The over 2-kilometer-long Huaihai Road M. was known as Xijiang Road when it was built in 1900. It gained its current name in 1949 to commemorate the Huaihai Campaign, one of the three decisive campaigns in the War of Liberation (1945-1949). 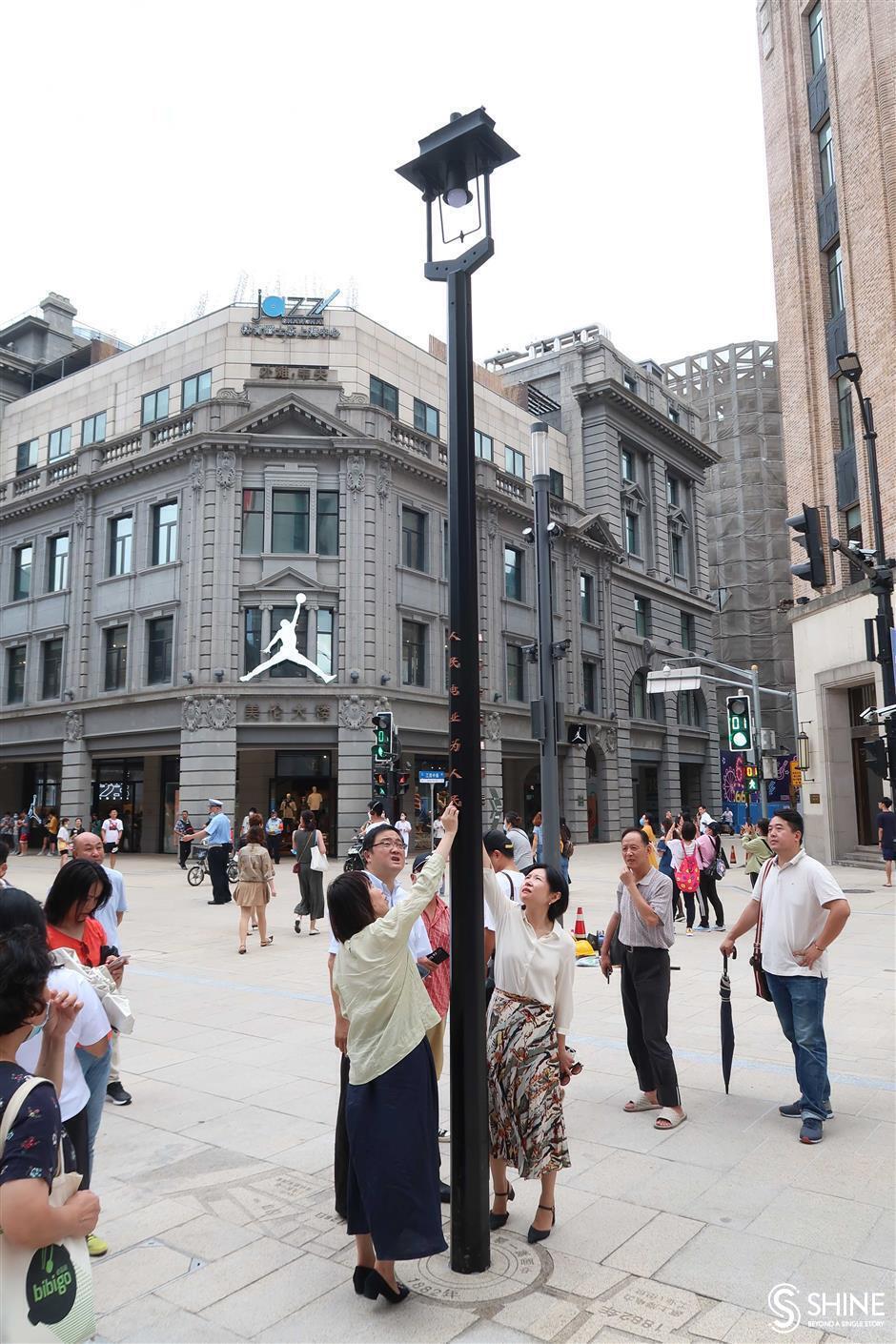 A lamp marks the location of China's first street lamp installed in Shanghai in 1882.