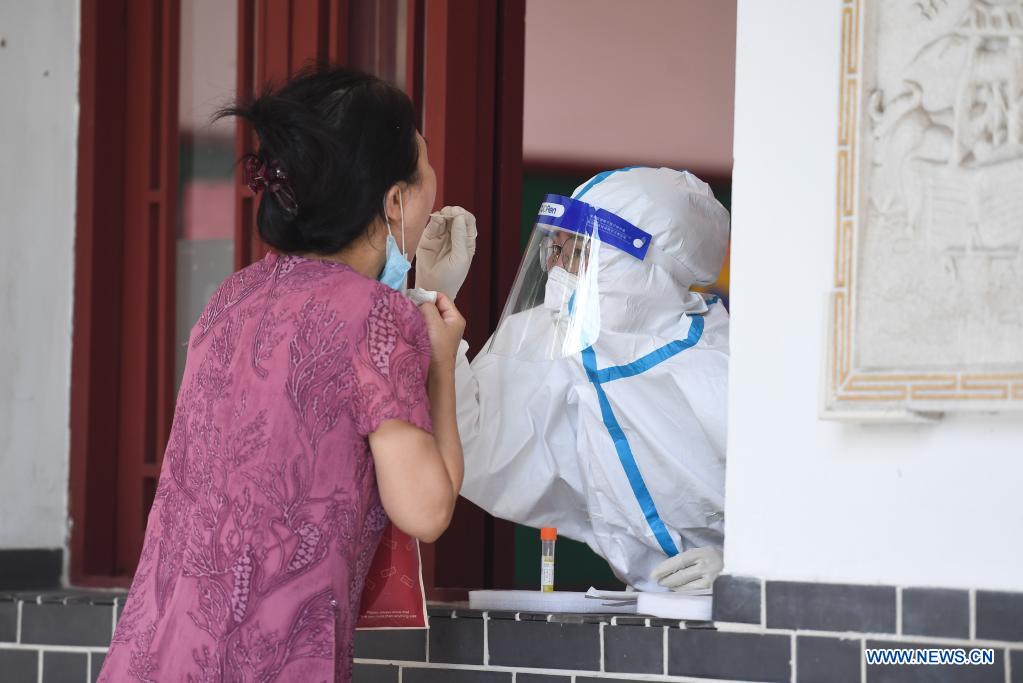 Nanjing in East China's Jiangsu province will suspend citywide nucleic acid testing since new COVID-19 cases were only identified in its quarantined areas in the latest three rounds of tests, according to the provincial center for disease control and prevention on Wednesday.

"Only 14 people, who lived outside the quarantined areas, were identified infected with the virus in the first three rounds," he said at a news conference on Wednesday.

While Nanjing has registered 233 infected cases since July 20, most of them were residents living in high-risk areas and contacts of the confirmed patients.

All the cases reported in August were from quarantined areas in Nanjing's Jiangning district, site of Lukou International Airport. The latest COVID-19 outbreak that swept through the country started at the airport due to cabin cleaners failing to obey sanitation and change-of-clothing protocols.

Jiangning district will continue to test some areas to contain the virus, and the suspension of citywide testing has been approved by the Jiangsu work team of the Joint Prevention and Control Mechanism of the State Council, according to Bao.