Nankai University is beefing up efforts to establish comprehensive and in-depth international collaboration and integrate into the globalization of higher education, said Cao Xuetao, the university's president. 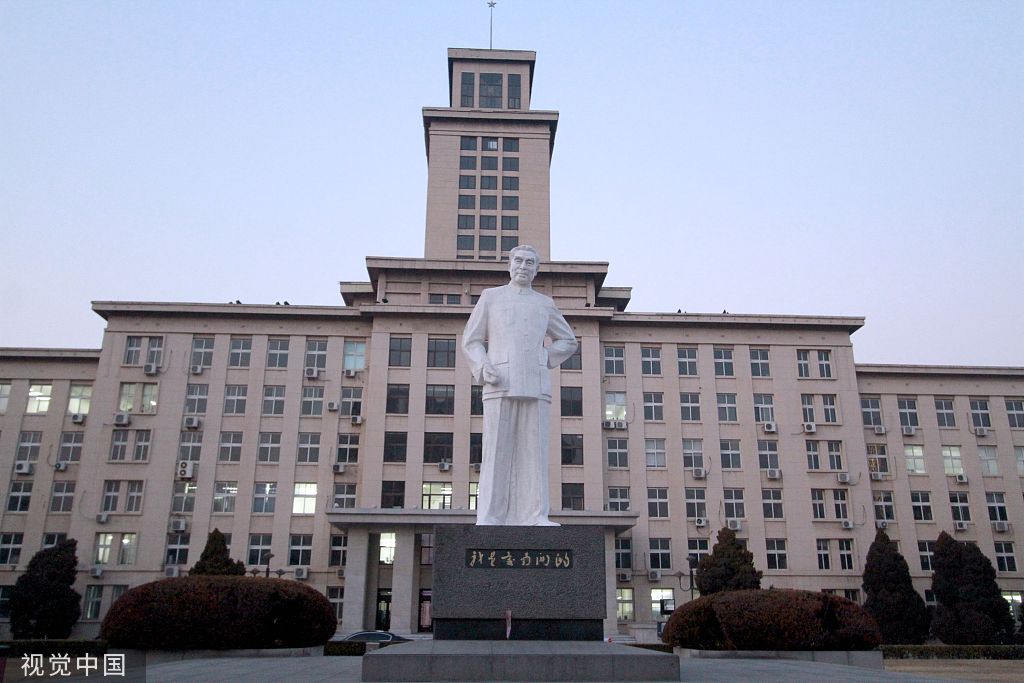 To date, Nankai has developed cooperation with more than 320 universities and academic institutions worldwide. (Photo: VCG)

"The expansion of our global presence and partnerships with leading universities in the world is part of our key efforts to deepen educational reforms," said Cao.

President Xi Jinping called for efforts to strengthen coordination and efficiency in advancing reform, and to make institutions in all areas more mature and in better shape, including the higher education sector, at the 10th meeting of the central committee for deepening overall reform on Sept 9.

In response, Nankai has made it a priority in recent years to meet the country's targets.

Phil Baty, chief knowledge officer at Times Higher Education, one of the leading university education assessment organizations in the world, said during a forum in March at Nankai that, "Chinese universities have a major weak link. … They are short of international drive and the teaching is insufficient in international focus."

To date, Nankai has developed cooperation with more than 320 universities and academic institutions worldwide.

The university announced it had teamed up with Oxford, Cambridge and Glasgow universities during the first half of this year, following its partnership with the University of Birmingham last year. Sydney University also announced that it is considering collaboration with Nankai.

To prepare for its next centennial journey, the university is vying for high-level personnel from across the world to facilitate communication and cooperation with top universities worldwide.

Cao said that 70 percent of the teachers at Yale are from non-English countries and nearly half of its library collections are not in English, "reflecting the higher learning institution's high degree of globalization and its goal of building a global university", he said.

"As such, more international exchanges and joint research institutions are under way," he said.

A "Global Campus" project is in the pipeline to significantly increase its international students from the current 3,000.

Since its founding by Zhang Boling, a returned scholar from Columbia University, the university has had a vision to build itself into one on par with Oxford, Cambridge, Harvard and Yale, and has a tradition to involve itself in more global collaboration, he said.