Nation blazes a trail with urbanization 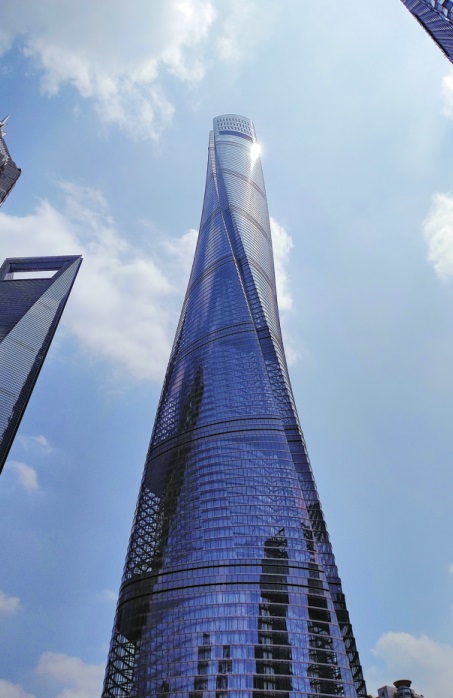 The Shanghai Tower is among landmark buildings on the Chinese mainland. The Shanghai Tower, which stands 632 meters tall and has 132 floors, is the nation's tallest structure. (Photo: China Daily)

Thousands of architects, city planners and real estate developers from around the world attended a forum in Shanghai in September to discuss sustainable urbanization.

At the event, Keith Griffiths, founder and chairman of AEDAS, one of the world's largest architectural and design practices, chose not to share one of the many building projects the company has been involved with in large cities such as Shanghai and Hong Kong.

Instead, for his speech at the 3rd China Super Tall Building Industry International Summit, he chose a project in Zhuhai, Guangdong province, as an example of China's urbanization.

"Sustainable urbanization" refers to the principle of meeting human development goals while simultaneously sustaining the ability of natural systems to provide the resources and ecosystems upon which an economy and society depend.

Zhuhai, a port with a population of about 2 million, is the only city on the Chinese mainland connected with Hong Kong and Macao, thanks to the new cross-sea bridge linking the three destinations. As a result, it is brimming with opportunities.

But for Griffiths, Zhuhai stands out as a typical example of China's urbanization, not only for its economic prospects, but also for distinguishing characteristics that have been adopted throughout the urban area.

"What I try to do is to choose a city that is newly built. That's why I picked Zhuhai, a city that mainly has mountains and the sea, with no high-rises. What we and the local government agreed to do was to create a city of local character," Griffiths said.

Since 2012, his China team has been working with the Zhuhai government to help develop commerce and tourism, with several projects occupying a total area of 500,000 square meters.

"When we talk about Shanghai, it is like talking about London or New York, where there is already so much construction. So, what architects are doing there (Shanghai) is intervention, adding one thing in between a sea of many others. It's not bad, but it probably only represents 5 percent of the development taking place in China," he added.

By last year, China's urban population had surpassed 831 million, accounting for nearly 60 percent of the total, according to the National Bureau of Statistics. In comparison, when the People's Republic of China was founded in 1949, the proportion was just over 10 percent and there were just 132 cities in the country, one-fifth the number today.

This phenomenal pace of growth is also in line with the process of urbanization worldwide, which according to a report by the United Nations has become "one of the most significant global trends of the 21st century".

The report said that by 2007, more than half of the global population was living in cities and towns, a geographical shift that has tremendous implications for the current and future dynamics of human development.

One factor that resulted from this change in the main habitat of the global population was the emergence of high-rises, which have maximized the use of space within limited land supply to accommodate more people.

Responding to criticism of high-rises, and nostalgic notions of rural life, Griffiths, who grew up in the small Welsh city of St. Davids, said: "Farmland, cottages or an idyllic lifestyle all appear very romantic. But trust me－I grew up in the countryside, and I wouldn't go back there. The reality of living in such places is not as sweet as imagined.

"Life is simpler. But people forget the boredom and hardship. We only remember the good things about the past and complain about the bad side of the present."The fact that people lived relatively short and hard lives, along with the sickness and disease they experienced in the past, are all forgotten about, Griffiths added.

Helming a 1,400-strong multinational business, Griffiths believes that building high-rises is similar to the construction of churches and cathedrals centuries ago.

"If you think about the time the cathedrals were built, they were the most futuristic buildings one could imagine. They were pushing technologies to the limit. Good architects must always be building for the future. If you are trying to satisfy your brief today, it must be terrible. Buildings last at least 50 years, but one needs to think how to make them last longer, not only technologically, but also practically and aesthetically," he said.

In the past five years, 65 percent of the work handled by AEDAS, which has 12 offices worldwide, has come from China.

"What we have found over the past five years is that the problem in China cannot be solved by applying international principals anymore," Griffiths said.

"Chinese cities have been innovated in a way that has never been done anywhere in the world. There were no models and this cannot be learned from the West. The West has never done anything similar－to accommodate such a large migrant population in such a short time."

For example, the Zhuhai project inspired his team to create corridors between buildings to allow coastal winds to act as a natural air conditioner by passing through and cooling the city.

Griffiths said the idea of ubiquity and the sameness of buildings should be resisted.

"I think the export of North American architecture has reached an end. There have been far too many exports of Chicago-and New Yorkstyle box architecture. It's badly affecting the development of so many Chinese cities, with architects being lazy, copy-pasting and mass factory-producing."

China is now home to more than half of the world's high-rises. Of these, 680 are more than 200 meters tall. In addition, 310 have been built in the country since 2015, compared with just 33 in the United States during the same period.

One of the best-known high-rises in China is the 632-meter-high Shanghai Tower, the nation's tallest and the world's second-highest building, after the Burj Khalifa in Dubai, which stands at 828 meters.

The 132-story Shanghai Tower, situated in the heart of Lujiazui, the city's financial hub, occupies 575,000 sq m and can accommodate up to 40,000 people. The 114 elevators in the building head to different floors at various speeds.

Ge Qing, the building's chief engineer and architect, said, "What we want to achieve and ideally demonstrate to developers and designers of skyscrapers around the world is how we can make living and working in highly populated cities more efficient, energy-saving and fun through these buildings."

The first skyscraper in China to stand more than 600 meters tall, the Shanghai Tower has a LEED (Leadership in Energy and Environmental Design) Platinum certification, the highest recognition of a building's energy and resource efficiency.

Mahesh Ramanujam, president and CEO of the US Green Building Council, which issues the LEED ratings, said, "The Shanghai Tower illustrates China's responsibility and commitment to the world to improve the environment and the health of its people."

But it is not just the architecture in China that has attracted widespread attention－the country's architects have also made waves on the global stage.

In 2006, Beijing architect Ma Yansong and his colleagues became the first Chinese team to win an international open bid, for a residential project in Mississauga, Canada. The outcome was Absolute Towers, a pair of buildings nicknamed "Marilyn Monroe Towers" by residents because their undulating shape is reminiscent of the Hollywood star.

In 2012, Wang Shu, dean of the School of Architecture at the China Academy of Art in Hangzhou, Zhejiang province, became the first Chinese citizen to win the Pritzker Architecture Prize, the world's top award in the field.

According to the jury, the fact that an architect from China was selected represented "a significant step in acknowledging the role that China will play in the development of architectural ideals". The jury also pointed out that the country's success with urbanization is important both for itself and the world.

Peter Palumbo, who chaired the panel, said: "The question of the proper relationship of present to past is particularly timely, as the recent process of urbanization in China invites debate as to whether architecture should be anchored in tradition or should look only toward the future. As with any great architecture, Wang Shu's work is able to transcend that debate, producing an architecture that is timeless, deeply rooted in its context and yet universal."

Wang, who once defined his style as "a combination of ancient aesthetics and modern utility", is widely considered one of the most prominent Chinese architects.

His project portfolio includes the Ningbo Museum in Zhejiang, whose design features a combination of mountains, oceans and elements from traditional residences, and the Xiangshan campus of the China Academy of Art in Hangzhou, which boasts a roof with 2 million tiles recycled from demolished traditional houses.

The late I.M. Pei was another prolific Chinese architect who undertook projects worldwide.

His work included: the Rock and Roll Hall of Fame in Cleveland, US; the Suzhou Museum in his ancestral home in Jiangsu province; and the controversial renovation of the Louvre Museum in Paris in the 1980s. Secretly commissioned by then-French president Francois Mitterrand, the renovation project featured the introduction of a futuristic steel-framed, glass-walled pyramid as a grand entrance to the building.

Although the new structure met with criticism, Henri Loyrette, the museum's director at the time, described it as a masterpiece.

Pei, who received the Pritzker Architecture Prize in 1983, died in May, age 102. Nearly all those paying tribute described him as one of the greatest modernist architects in history.