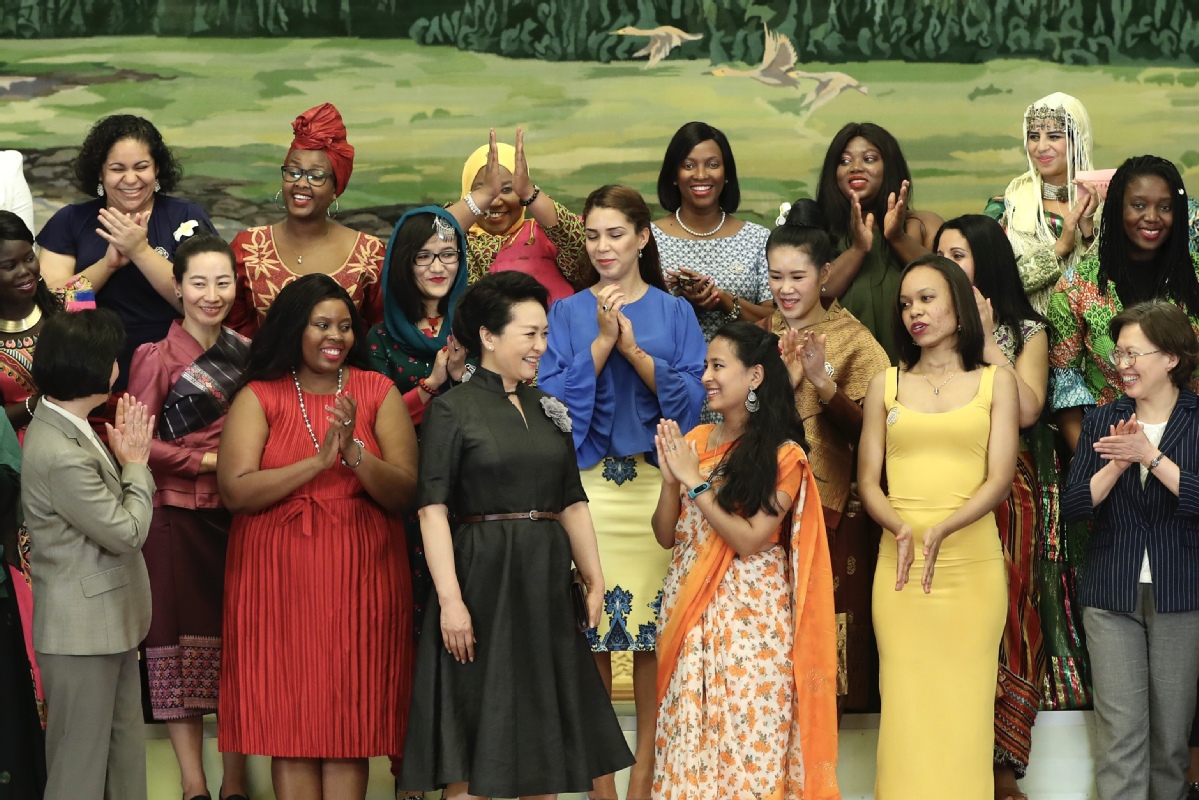 China stands ready to work with the international community to create an enabling environment for women's development and provide them with equal and high-quality education opportunities, Peng Liyuan, the wife of President Xi Jinping, said on Thursday.

She made the remark at a meeting with foreign students at the Great Hall of the People in Beijing. The students are taking part in the Master of Social Work in Women's Leadership and Social Development Program at China Women's University.

Peng, who is also UNESCO's special envoy for the advancement of girls' and women's education, said China attaches great importance to women's development and is willing to cooperate with different countries in the world in this field.

She highlighted the importance of empowering women with knowledge and skills to enable them to have a better life.

As many of the students on the program are set to complete their studies and return to their home countries, Peng said the experience would help them deepen their understanding of China.

She expressed her hope that the students could help bring their countries and China closer to each other.

Peng also watched a video showcasing the life of the program's students in China and a performance featuring the recital of a Chinese poem and a chorus of the Chinese folk song Molihua by the students.

Moejane Moleihi Augustina, a student from Lesotho, said at the meeting that she traveled to Zhejiang and Guangdong provinces and the Hong Kong Special Administrative Region during her stay in China and that Zhejiang impressed her most with its clean water and beautiful vegetation.

She was also very impressed by the friendliness of the Chinese people. "Sometimes I even forget that I am not part of the citizens here. The way I communicate freely with the community members gives me an extraordinary feeling," she said.

The master's program on women's leadership and social development was launched by China Women's University to implement measures announced by Xi at the Global Leaders' Meeting on Gender Equality and Women's Empowerment in 2015.

So far, 72 female students from 27 countries have studied under the program. Some of the students wrote a letter to Xi and Peng to express their appreciation for the couple's kind attention and China's sincere help.