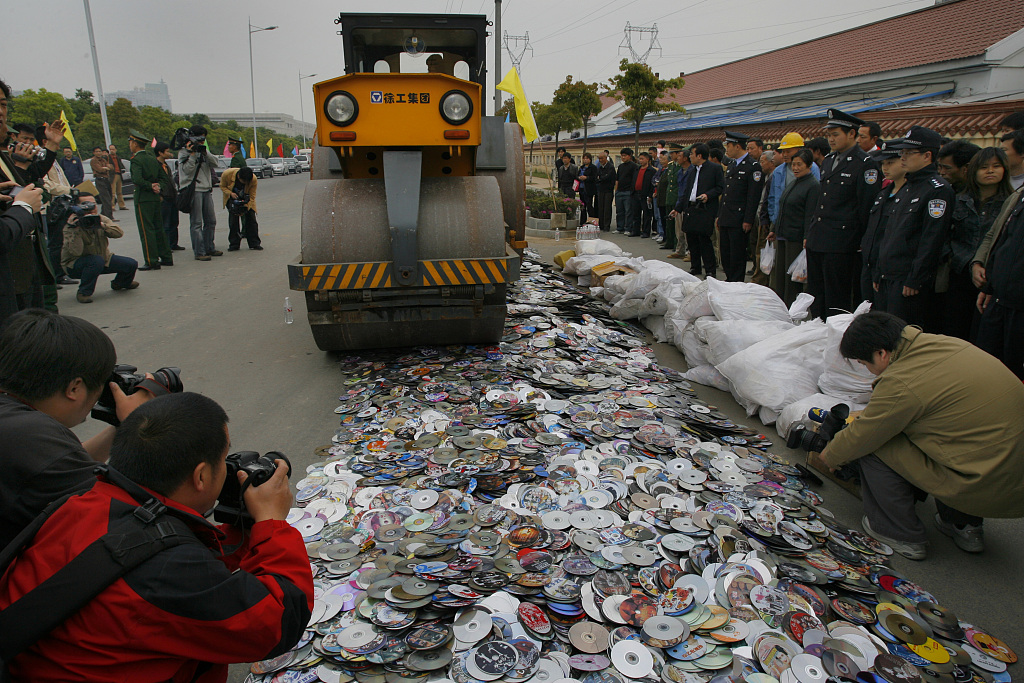 China has made solid and steady progress in intellectual property rights (IPR) protection to boost innovation and create a better business environment for both domestic and foreign companies, and its achievements in the sector could be recognized by the world and proved by data and facts.

In a recent move, China released a document on IPR protection, illustrating specific and targeted tasks for local authorities to strengthen IPR management reform and crack down on IPR infringements, according to a statement China's National Intellectual Property Administration (NIPA) released on Monday.

The document has set differentiated and detailed tasks for local governments and vowed to integrate trade policies and IPR protection measures, to strengthen IPR measures along the routes of the China-proposed Belt and Road Initiative, as well as to support small and medium-sized enterprises in patent applicants filed overseas.

China paid $35.8 billion for foreign IPR in 2018, becoming the fourth-largest patent buyer in the world, the report said.

The move also comes amid an escalating trade war between China and the US, which has continuously blamed China for so-called forced technology transfers, intellectual property rights violations, and copied technological innovation.

Experts noted that the country's continuous efforts in the sector mainly aim to help domestic industries grow, upgrade and boost innovation in the country, while not for catering to US demands.

Apart from the newly released document, China has been making major progress in IPR protection in the past year, which has boosted innovation in the country.

China climbed to No.17 among the most-innovative economies in the World Intellectual Property Organization's annual Global Innovation Index ranking for 2018.

Wang Dong, partner and a patent attorney of Beijing Globe-Law Law Firm, told the Global Times on Monday that penalties for IPR infringement have been strengthened in recent years. In particular, an IP court was set up in Beijing, which helps to establish a unified standard for final trial for all Chinese and foreign companies.

The Supreme Court has also established a system of IP case guidance, which helps to unify the trial standard of all lower courts, Wang said.

China's top court opened an Intellectual Property Court in Beijing in January. It is responsible for handling civil and administrative appeals related to patents. China has set up three IPR courts in recent years.

Litigants who disagree with rulings made by intermediate people's courts at the city or prefecture level, or by specialized IPR courts, can appeal directly to the top court instead of first appealing to provincial high people's courts, according to a report by the Xinhua News Agency.

A new draft amendment to China's patent law was submitted to the National People's Congress for review last December, which is also part of the country's broader efforts to boost IPR protection.

Shen Changyu, head of the NIPA, said in March that China aims to establish a mechanism for punitive damages for IPR infringement.

"[The mechanism] substantially increases the cost of infringement and stipulates compensation as high as five times [that of the damage] for intentional infringement," Shen said.