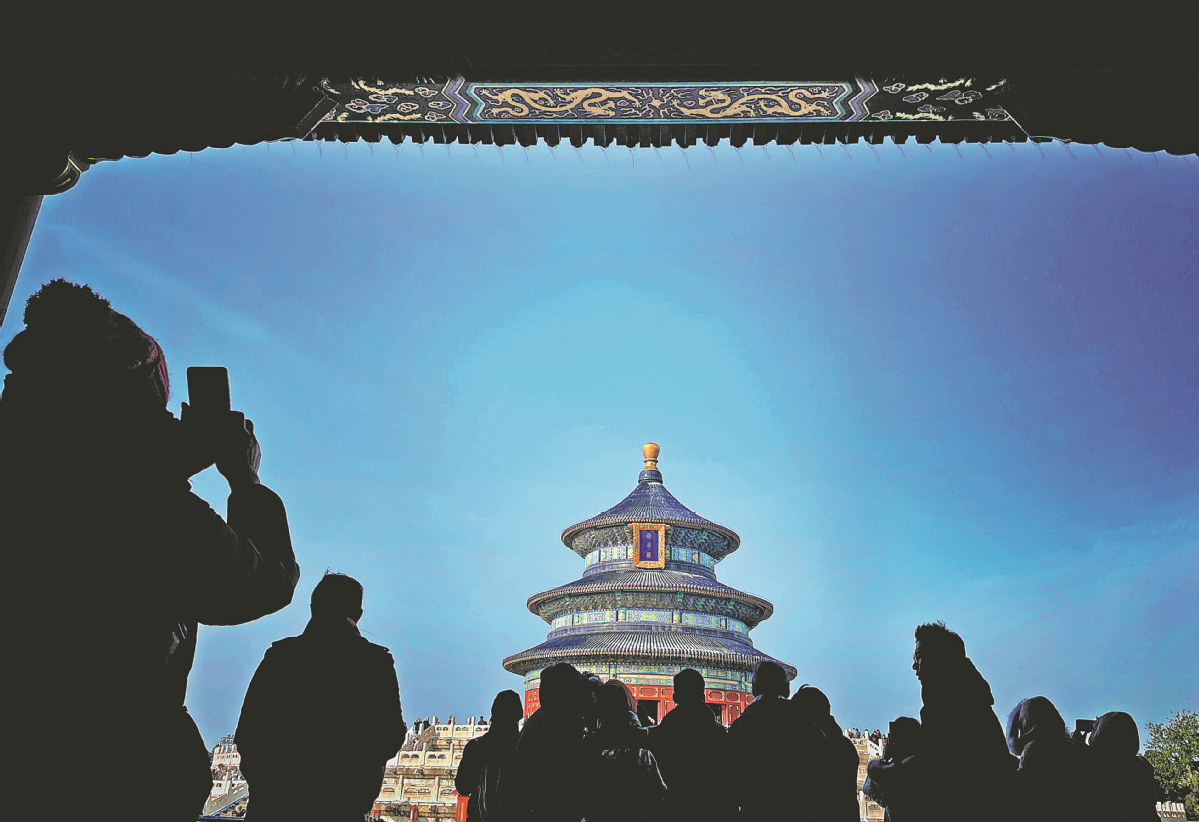 Visitors to the Temple of Heaven in Beijing enjoy a clear sky in November. Municipal authorities have announced a comprehensive success in improving the city's air quality. (Photo: China Daily)

China is working to intensify ozone control as favorable meteorological conditions for its formation have lead to an increase in the volume of the gas present in the atmosphere in the first four months this year, according to the Ministry of Ecology and Environment.

China started to monitor ozone levels in 2013. The average density between May and September over the past five years stood at 150 micrograms per cubic meter, said Jiang Huohua, deputy director general of the ministry's Department of Monitoring, at a news conference on Thursday.

Excessive concentrations of ozone were detected on average about 11 percent of the year, with mild levels detected the rest of the time, he said.

With no effect on visibility, ozone pollution is imperceptible. However, it can be hazardous to health and to plant growth in high concentrations, he added.

"Currently, ozone is a primary air pollutant during summer," he noted.

The ozone layer, which lies about 20 kilometers above the Earth, helps shield from harmful ultraviolet radiation. Near the ground, however, even relatively low concentration can lead to lung damage and result in shortness of breath.

The high concentration of ozone during hot periods is generally the result of sunlight and high temperatures triggering a chemical reaction between volatile organic chemicals (VOCs) and nitrogen oxides (NOx). Vehicle exhaust fumes, for example, are a major contributor to the production of VOCs and oxynitrides.

Some key regions for air pollution control have experienced meteorological conditions favorable to ozone generation since March, Jiang said. As a result, the average density of ozone between January and April in 339 major cities reached 127 mcg/cu m, a 8.5 percent increase on the same period last year.

Increases in Chengdu, capital of Sichuan province, Chongqing municipality and the city clusters along the middle reaches of the Yangtze River exceeded 20 percent, he continued.

"The situation is not optimistic," he said. "The ministry is confronted with a hard road ahead when it comes to control."