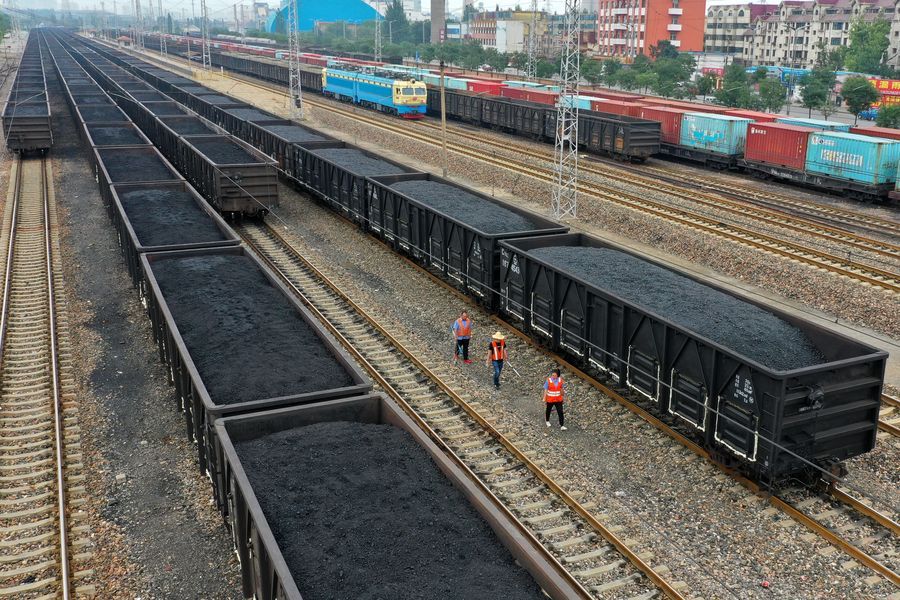 They also said that increasing the renewable energy supply will be a tough process that needs comprehensive and systematic preparations in the country's energy system.

They made the remarks after a key meeting of the Communist Party of China Central Committee, which was held in October to deliberate on priorities for the country's next five years and beyond, made a series of proposals related to carbon reduction.

According to the proposals, which were released in early November, the country will draft a national action plan for the 2030 target while supporting regions where conditions permit to peak the emissions first. It will also set compulsory targets on energy conservation and emission reduction as it endeavors to see continuous environmental improvement.

The country will make intensified efforts to construct an intelligent energy system while promoting the country's capabilities in absorbing and storing renewable energy, it said.

The country's ambitious goals to cope with climate change were announced in September by President Xi Jinping in a video address at the general debate of the 75th session of the United Nations General Assembly.

On Nov 17, when addressing the 12th BRICS summit via video link, Xi stressed that China will honor its commitment to strive to achieve the targets.

When addressing the Climate Ambition Summit via video link on Dec 12, Xi announced that China will increase the share of non-fossil fuels in its primary energy consumption to around 25 percent and bring its total installed capacity of wind and solar power to more than 1.2 billion kilowatts by 2030.

Zhou Dadi, a member of China's National Expert Committee on Climate Change, said the country's new targets do not mean that there will be no increase in the country's energy consumption, but the growth should be rational and efficient.

"China still has a long way to go to see zero GDP growth or an annual GDP growth rate as low as around 1 percent. The expansion of the country's economy will be sustained, making the increase of the country's energy demand reasonable," said Zhou, who is also former head of the Energy Research Institute affiliated with the National Development and Reform Commission, the country's top economic planner.

Against the backdrop of the new goals, it's necessary for the government to list energy efficiency improvement as one of its priorities in energy development in the coming five years and also make sustained, long-term efforts on this, Zhou said.

For a period of time, especially in the middle and later period of the 13th Five-Year Plan (2016-20), some sectors relaxed their efforts in energy conservation due to abundant and even excessive energy supply in the country. Currently, both the industrial and consumption sectors boast huge potential in promoting energy conservation and increasing energy efficiency, he noted.

"Aside from setting a national target in lifting energy efficiency, the country should also roll out national level energy conservation projects in major sectors and on the development of key technical road maps," he said.

He said China should also strive to meet the growth in energy consumption with non-fossil energies in a gradual manner while also striving to replace high-carbon power in its previous energy mix with clean energy.

"It's for sure that there will be a big increase in renewable energy supply every year during the 14th Five-Year Plan (2021-25) period," he said.