Advanced technologies and volunteers among measures to enhance response

China will adopt more advanced rescue technologies and intelligent rescue equipment, and will encourage the participation of volunteer groups as part of efforts to enhance its maritime emergency response capabilities, a senior official has said. 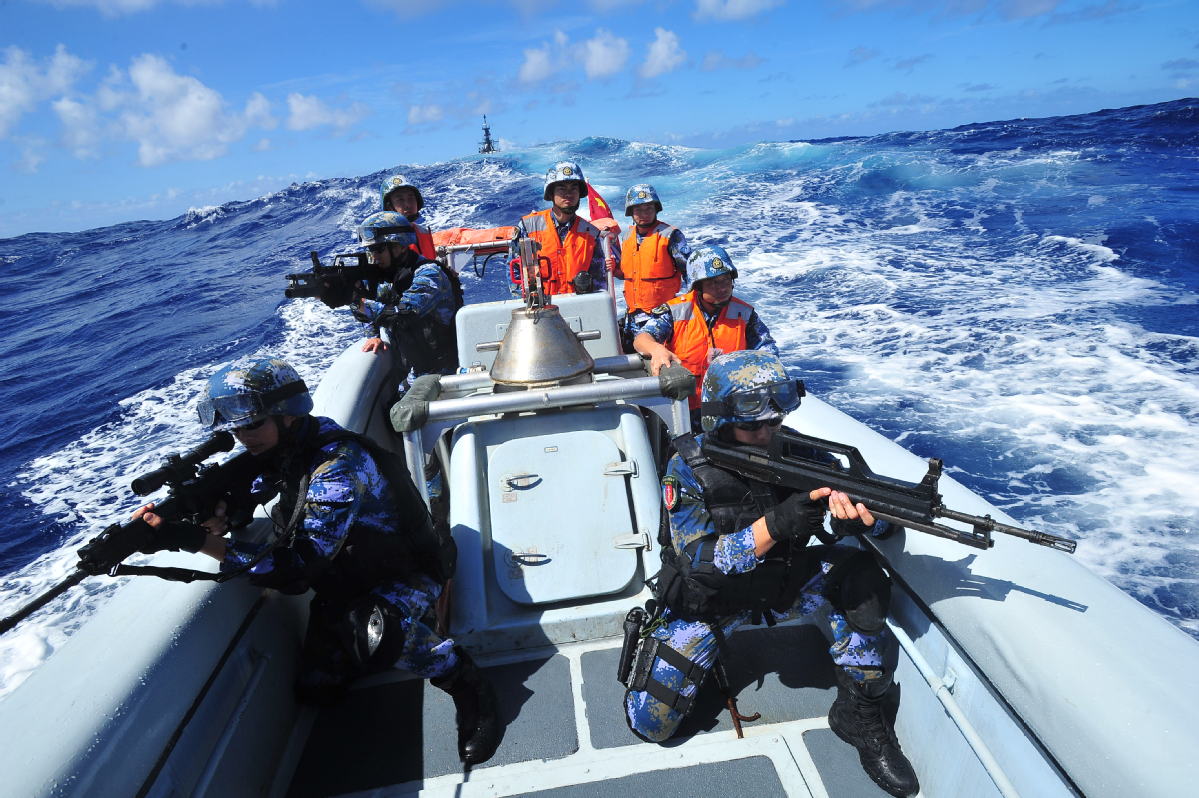 The special force squad from the PLA Navy destroyer Haikou carries out a simulated rescue mission during the 2014 Rim of the Pacific naval exercise. (Photo: China Daily)

Zhang Jianxin, deputy director of the rescue department of the Ministry of Transport, said that the country has been intensifying efforts to develop a set of saturation diving technologies that would work at a depth of 500 meters underwater.

Saturation diving, commonly used in rescue operations at sea, enables rescuers to work at greater depths underwater for a longer time while reducing the risk of decompression sickness compared with conventional techniques.

"Development of the saturation diving system will help the country handle emergencies in offshore rescues more quickly and effectively. Though China has successfully sent divers to as deep as 313.5 meters since 2014, there are several countries that have conducted saturation dives at depths beyond 400 meters," he said in a recent interview.

According to the department's guideline released in November, the country will be able to conduct search and rescue operations below 500 meters by 2025 and carry out rescue missions as deep as 6,000 meters using mechanical devices.

Maritime search and rescue forces should respond to, and arrive at, any emergency site within 200 nautical miles offshore in no more than two hours and be able to salvage vessels weighing 100,000 metric tons by that time, the guideline said.

Zhang also said that the country will adopt more intelligent rescue equipment such as underwater robots, drones and unmanned vessels, which can be used to tow disabled ships, monitor oil spills, perform deep-water scanning and surveys, extinguish fires or ferry supplies to vessels in emergencies.

China has made great efforts in building a comprehensive emergency management and response system in recent years.

The Ministry of Emergency Management was established in March last year to oversee emergency responses nationwide.

President Xi Jinping, also general secretary of the Communist Party of China Central Committee, underscored efforts to further modernize the system and capabilities of China's emergency management on Friday while presiding over a group study session of the CPC Central Committee Political Bureau on the subject.

Xi noted that strengthening emergency management is not only an urgent task but also a long-term one, and he called for stronger emergency rescue teams.

The rescue team has 72 maritime rescue ships, 120 salvage boats and 24 helicopters. Between 2010 and 2018, maritime rescue authorities at all levels maneuvered 84,586 vessels and 3,451 planes to take part in over 18,470 maritime rescue operations, which saved over 150,680 people, data from the Ministry of Transport show.

But Zhang acknowledged that the lack of search-and-rescue personnel hinders the department from offering better services.

"Faced with dangerous environments, high work intensity and inadequate welfare, the job is an unappealing choice for most people, which makes it difficult for the current rescue team to meet the increasing demands," he said, adding that more than 20 million domestic ships enter and leave the ports each year, along with more than 500,000 international ships.

Therefore, authorities are stepping up efforts to establish an equitable salary and reward system to attract more staff, Zhang said.

Governments should also further encourage young people to volunteer by offering rewards to those who make significant contributions, he added.

Since 2007, the ministry has given out 90 million yuan ($12.8 million) in rewards to volunteer groups involved in search and rescue operations.