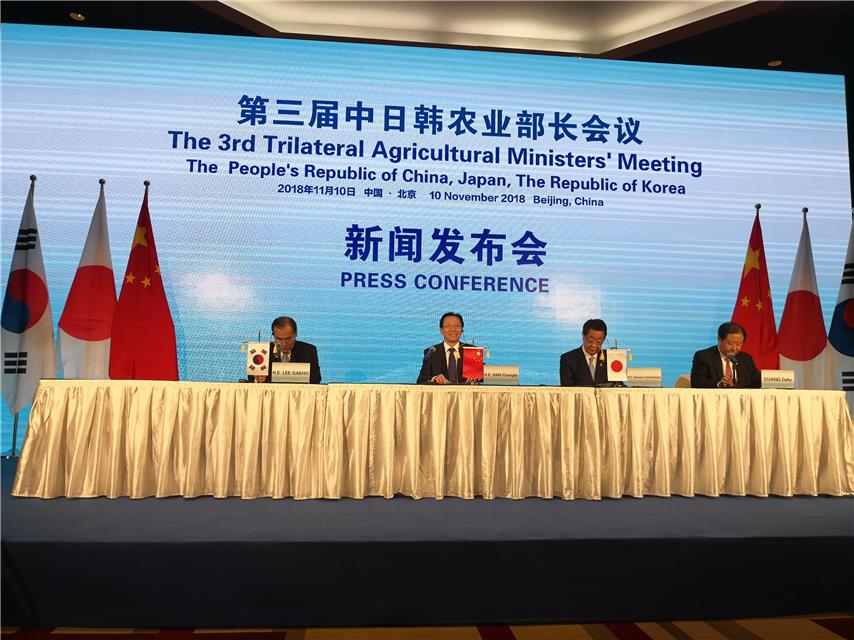 A Chinese agricultural official called on Saturday for closer agricultural cooperation among China, Japan and the Republic of Korea (ROK) in Beijing.