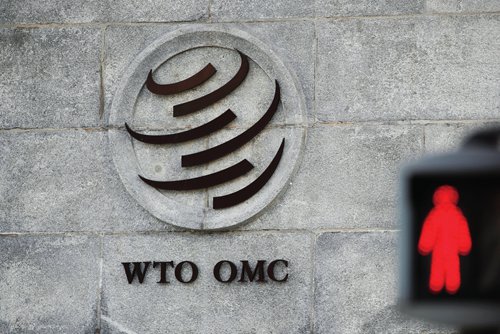 China is studying an interim plan for handling WTO disputes while the Appellate Body of the World Trade Organization is paralyzed, said a senior official on Thursday.

The Appellate Body, the highest dispute-resolution body, is almost "paralyzed" now, representing the most severe blow to the multilateral system since the WTO's establishment, and China "deeply regrets" that, Gao Feng, spokesperson of the Ministry of Commerce told a regular press conference in Beijing on Thursday.

China will continue to firmly uphold the rules-based multilateral trading system and support all parties' efforts to restore the functioning of the Appellate Body, Gao said.

The comment came after the draft resolution on the operation of the Appellate Body was not passed due to a US vote at the WTO General Council meeting on December 9. That in turn led to the cessation of functioning of the highest WTO dispute-resolution body on Wednesday.

Media reports said that without the functioning of the appeal system, international trade disputes may never be settled and this may lead to chaos in global trade, which has already been damaged due to the US' "America First" policy.

This year also marks the 18th anniversary of China's accession to the WTO, Gao said, adding that China's entry into the WTO has not only enabled it to develop itself but also benefited the world.

"Over the past 18 years, China's development has opened a window of opportunity for the world economy and has become a major source of power and stabilizer for world economic growth," Gao told the Global Times on Thursday.