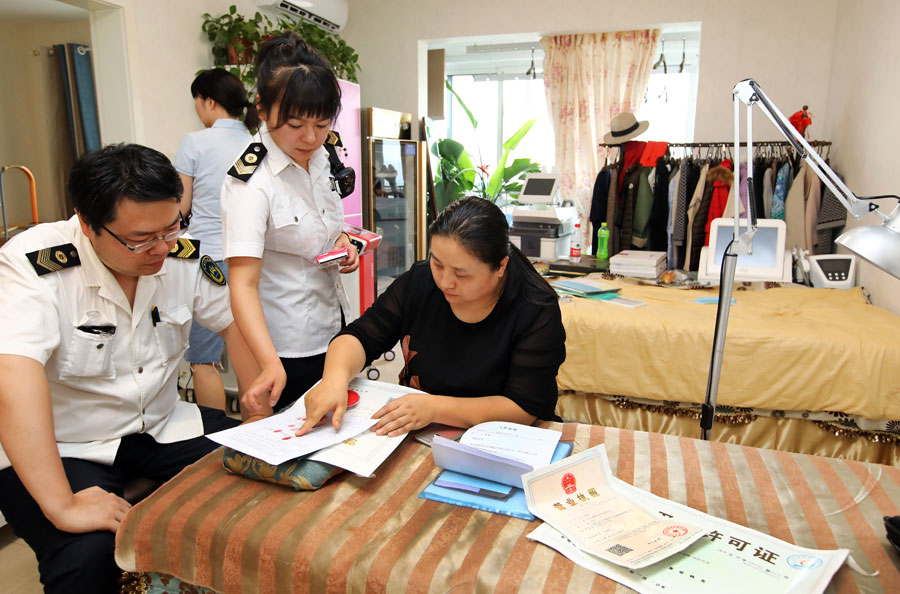 Shoddy operators will be publicly outed under a planned evaluation system of plastic surgery providers in China, the National Health Commission said on Tuesday.

The commission said the Chinese Association of Plastics and Aesthetics is conducting research to help establish a system that would allocate or withdraw credit points to cover medical institutions that perform plastic surgeries.

A similar system covering management is also being looked at for the entire medical sector, which would also see a "blacklist" of discredited service providers published, the commission said.

Associations and organizations covering medical services would be encouraged to establish standards and regulations to help authorities supervise the services. Patient groups would also be included.

The Chinese Association of Plastics and Aesthetics did not answer calls from China Daily on Wednesday.

Tian Long, head of a special committee for male reproductive organ plastic surgery at the Chinese Medical Doctor Association, said irregularities were rampant in the sector, such as surgeries by uncertified doctors and the use of unapproved drugs during surgery.

"I think evaluation of a medical institution will be based on multiple parties, including medical experts, health authorities and patients," he said. "All medical institutions will have to consider the consequences of being discredited, which will lead to loss of customers, and irregularities such as charging unfairly high prices for services may decrease."

With personal beauty becoming more prized in China, demand for plastic surgeries, including on reproductive organs, is increasing quickly. This has created challenges for effective regulation, Tian said.

A one-year national campaign was launched between May 2017 and April last year to fight irregularities in the plastic surgery sector.

Nearly 1,900 suspects were detained by police and 728 sites were closed for manufacturing fake drugs with a value of nearly 700 million yuan ($101 million).

The commission inspected more than 40,000 hospitals and clinics that provided plastic surgery services, and ordered 31 suspended operations due to violations. Another 28 had their permits to perform plastic surgery revoked.

Drug regulators across China inspected more than 103,000 drug and medical equipment businesses, and ordered 184 of them to suspend business due to violations such as producing fake or substandard products.