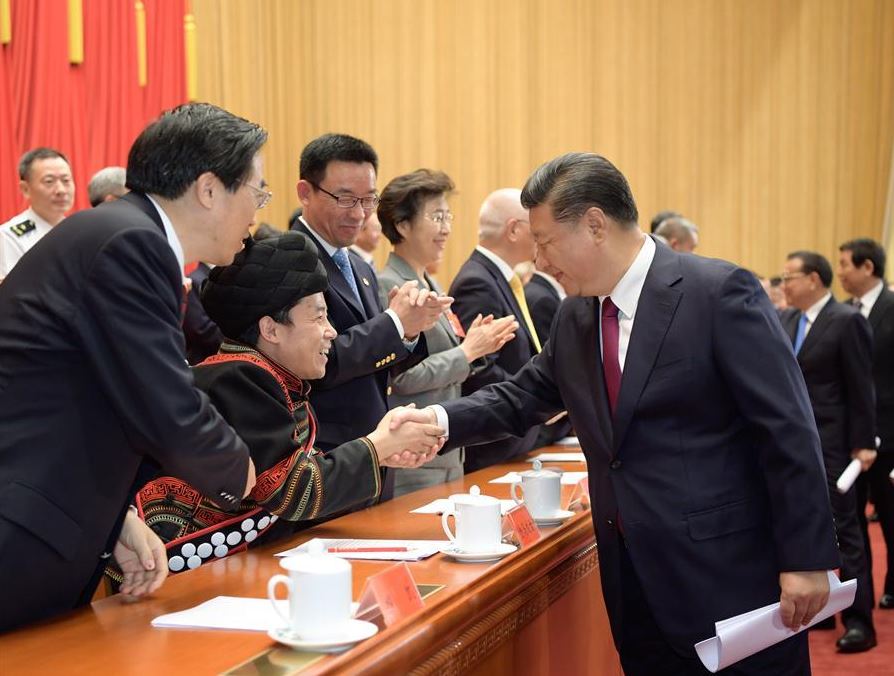 President Xi Jinping, also general secretary of the Communist Party of China (CPC) Central Committee and chairman of the Central Military Commission, as well as other Chinese leaders Li Keqiang, Li Zhanshu, Wang Yang, Wang Huning, and Zhao Leji joined more than 600 delegates across the country at the opening ceremony of the congress.

Han Zheng delivered a speech at the opening ceremony on behalf of the CPC Central Committee and the State Council.

Noting the historic progress and significant achievements since the 18th CPC National Congress in 2012, Han called for the adherence to the values and principles of social assistance towards the disadvantaged.

The well-rounded development and common prosperity of the disabled should be promoted in the process, so that people with disabilities can lead happier lives in the course of realizing the Chinese Dream, Han said.

People with disabilities should take the initiative to integrate their aspirations with the Chinese Dream, so as to break new ground in the development of the programs for the disabled in the new era, Han suggested.

The CDPF Chair Zhang Haidi delivered a work report at the congress Friday on behalf of the federation's sixth presidium.

Around 3,000 people attended the opening ceremony.