The National Health Commission sent a working group to Dalian, Liaoning province, to guide control of COVID-19 on Tuesday, the commission said on Friday. 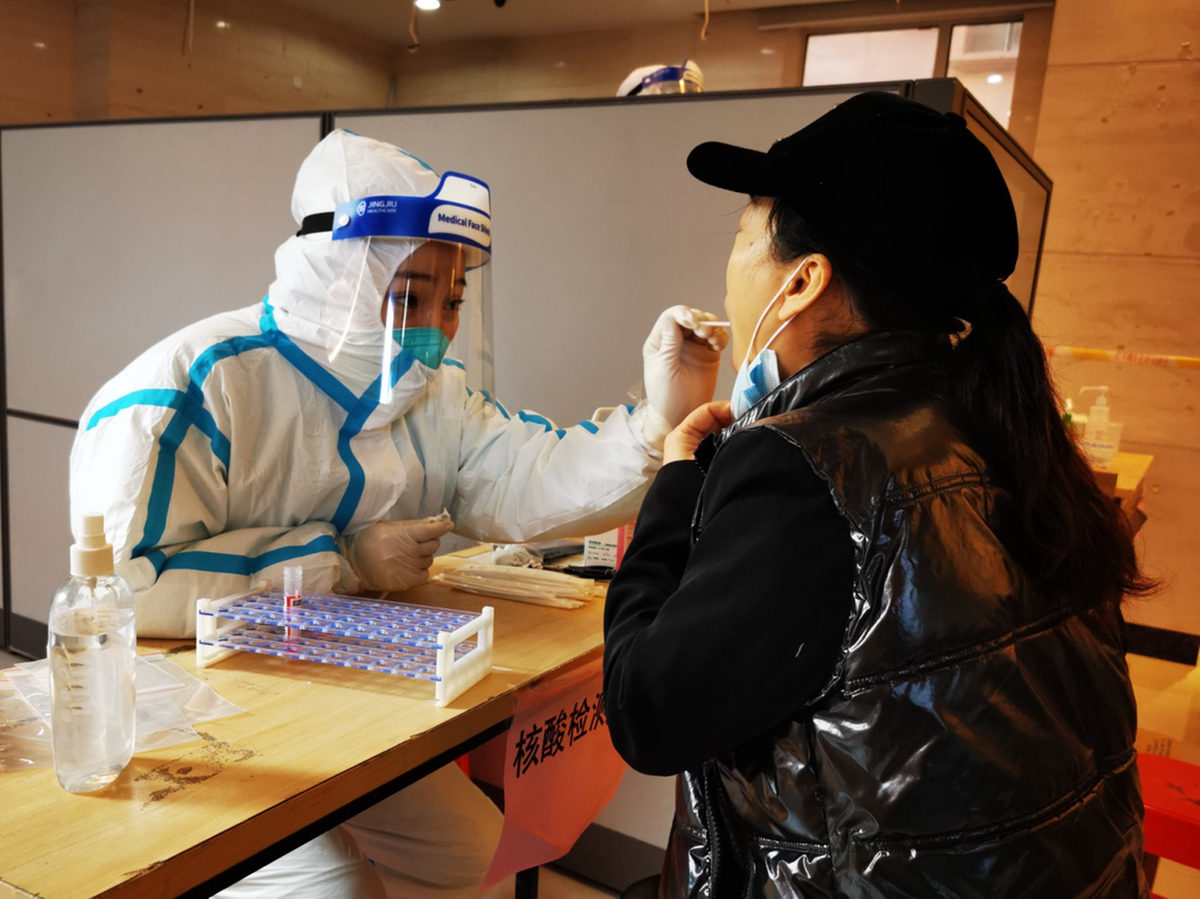 A medical worker takes a swab sample from a resident for coronavirus tests at a sample collecting point in Dalian's Fushou community of Zhongshan district in Liaoning province on Dec 24, 2020. (Photo: chinadaily.com.cn)

The port city has reported 19 confirmed COVID-19 cases and 20 asymptomatic infections as of Thursday, since fresh infections emerged on Dec 15.

The city is conducting citywide nucleic acid testing for COVID-19 for around three days, starting Tuesday.

The working group, led by head of the health emergency office, consists of 10 experts in medical management, epidemiology, virology, disease prevention and control, and health emergency.

Epidemic prevention and control measures are being fully and orderly implemented in the city.

Meanwhile, the provincial capital Shenyang reported a new asymptomatic case on Thursday, the granddaughter of the city's latest confirmed patient, a 67-year-old woman who had recently returned from South Korea, according to the city's health commission.