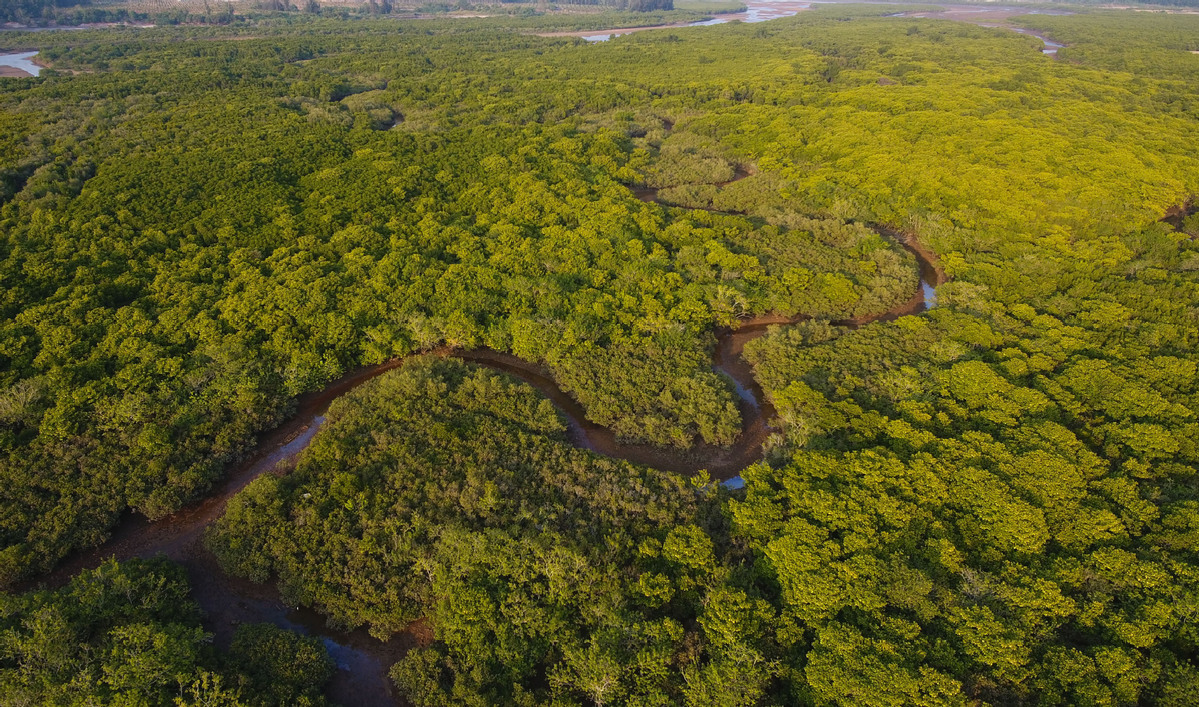 China has expanded its total area of mangrove forests by 7,000 hectares in the past two decades, the forest authority revealed on Monday.

China now has more than half its mangrove forests under state protection, according to the National Forestry and Grassland Administration.

Monday marked World Oceans Day, which celebrated the role of the oceans in our everyday lives and inspired action to protect the oceans and use marine resources sustainably. The United Nations announced the theme for 2020 is "Innovation for a Sustainable Ocean".

As mangrove forests play an important role in improving marine biodiversity, the administration echoed the UN's theme and called for better protection of them in China.

"China will launch a special effort in the near future that will focus on the protection and afforestation of the mangroves, aiming to improve the forests' quality," Wu Zhimin, director of the administration's wetland protection department, said on Monday.

According to the administration, China has 37 subspecies of mangroves, mainly in Guangdong, Hainan and Fujian provinces as well as the Guangxi Zhuang autonomous region.

"We will encourage a natural recovery mode to expand mangrove forests," he said. "Also, a stricter surveillance system will be put into use to combat illegal use of and damage to the forests."

Wu also emphasized the importance of scientific support for mangroves protection and said the administration will cooperate with scientific research institutes to introduce new technologies to protect the forests while enhancing public education.

In the 1950s, China had about 50,000 hectares of mangrove forest. But the area declined sharply to 22,000 hectares due to human activities, such as pollution.

Thanks to the laws enacted in the past two decades, such as the Forest Law and Environment Protection Law, the area of mangrove forests gradually expanded and reached 29,000 hectares by the end of last year, according to the administration.

A total of 52 natural reserves have also been built in the past decades, protecting 55 percent of the country's mangrove forests.

The province's newly published conservation plan last year designated an ecological red line for the areas of mangrove protection and restoration by holding city and county governments responsible for mangrove protection within their respective administrative areas.