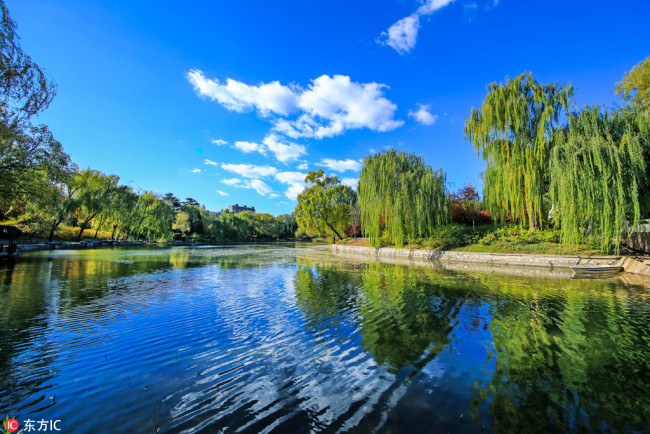 China plans to build a national pricing system by the end of 2020 to encourage a reduction in pollution by putting a price on pollutants in a variety of sectors, including water contaminants and carbon emissions, according to the nation's top economic regulator.

Faced with rising population and shortages of natural resources, the government plans to build a national-level pricing framework to guide enterprises' behavior in order to curb environmental damage while trying to keep the economy afloat. The nation has launched a number of pilot programs in trading permits for pollutants and carbon emissions.

China started its much-anticipated national carbon trading plan in December to reduce the amount of carbon emissions because costs and risks were not reflected in market prices.

Similar to that plan, the national pricing system is expected to increase the cost of pollutant discharges and goods or services created with them. That provides economic incentives for market players to curb environmental risks as the nation moves away from the old resource-led economic development model, according to a guideline released by the National Development and Reform Commission on Monday.

Specific rules of the national system are expected to include a series of new rates for water pollution, power generation and discharges of waste, according to Niu Yubin, a deputy head of the pricing bureau of the commission. They also will include incentives for deployment of environmentally friendly technologies, Niu said.

"The guideline serves as a starting framework and sets targets for the next few years," said Zhou Banxue, also a deputy bureau head of the commission. "We will not roll out national pricing rates for different types of pollutants. Rather, we will support the efforts of provinces and cities to adopt innovations according to their own plans to achieve sustainable development."

Some attempts made at regional levels have had fruitful results, officials said.

In Jiaxing, Zhejiang province, the concentration level of phosphorus in wastewater has steadily declined by around 20 percent year-on-year since the municipal government levied a charge for discharge of the pollutant in 2012, according to the commission.

Starting in April, China started to levy taxes nationwide on enterprises and institutions that discharge pollutants.

A series of efforts to clean up the environment based on market-based principles will push industrial plants to eliminate outdated capacity and improve their production in a cost-effective way, said Jia Kang, an economist with the Chinese Academy of New Supply-side Economi