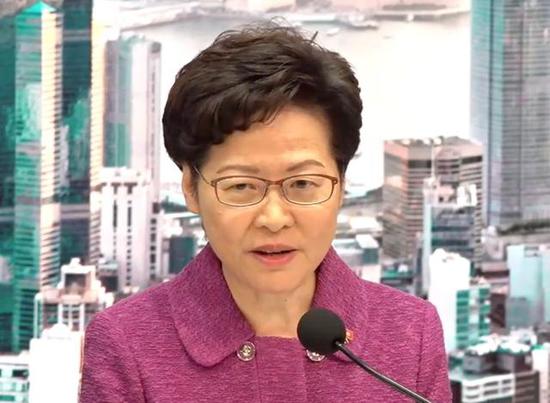 The enactment of the law at the state level shows that the central government is determined to restore stability in Hong Kong after escalating violence and riots since last June, and to protect the vast majority of law-abiding Hong Kong residents from the minority who attempt to undermine national security, Lam said at a press conference on Wednesday afternoon.

It also shows that the central government is determined to preserve and better "one country, two systems", a principle underlying Hong Kong's stability and prosperity since the HKSAR was established 23 years ago, she said.

The central government's high trust in Hong Kong is reflected as the law stipulates that the HKSAR bears the primary responsibility of implementing this national law in Hong Kong, Lam pointed out.

The HKSAR government will do its utmost to fulfill the responsibility of implementing the law in Hong Kong to ensure that the law's legislative objectives are achieved and the continued success of "one country, two systems" and the long-term prosperity and stability of Hong Kong are guaranteed.