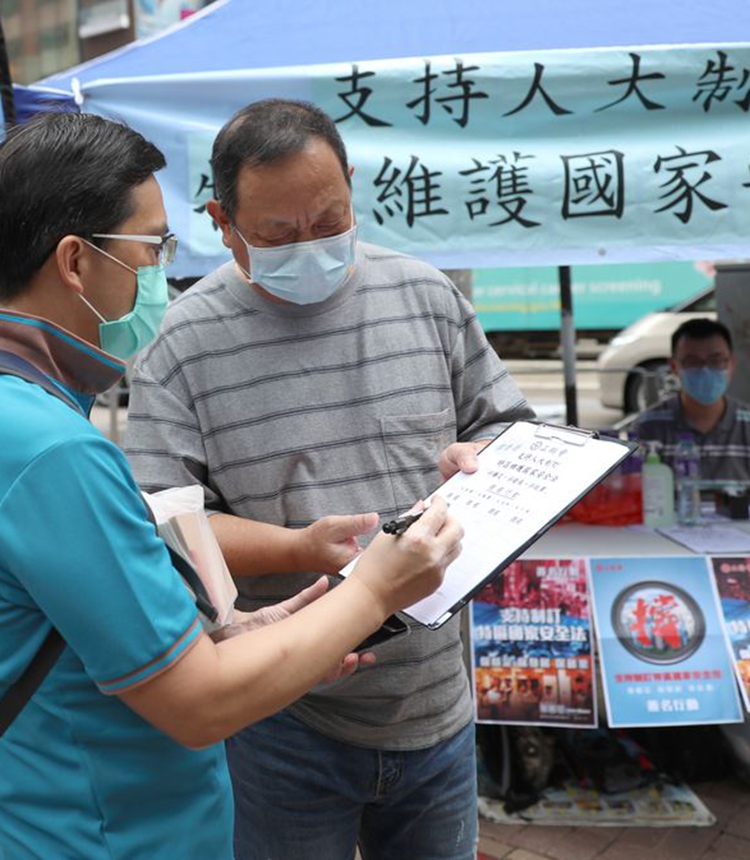 Lam made the remarks at a press conference on Tuesday, adding that a judges list will be provided for national security cases after the law is implemented. Judicial institutes will be responsible for arranging the judges when cases arise.

The Basic Law has clarified that the chief executive will appoint judges based on candidates recommended by judicial institutes. Judges for national security cases will also be appointed through this procedure, Lam noted.

Judges will be appointed according to their professional capabilities, Lam said, noting she is highly confident in the judicial system and every judge in Hong Kong.

Lam said that she noted that details of the draft of the national security law for Hong Kong released previously did not touch upon the nationality of judges, which she believed showed the central government's high respect and full confidence in Hong Kong's judicial system.

Hours after the draft's details were revealed, the top legislature announced that they will convene its 20th session from June 28 to 30 in Beijing.

Observers said that top lawmakers are expected to vote on the law during the committee's upcoming session before July 1.