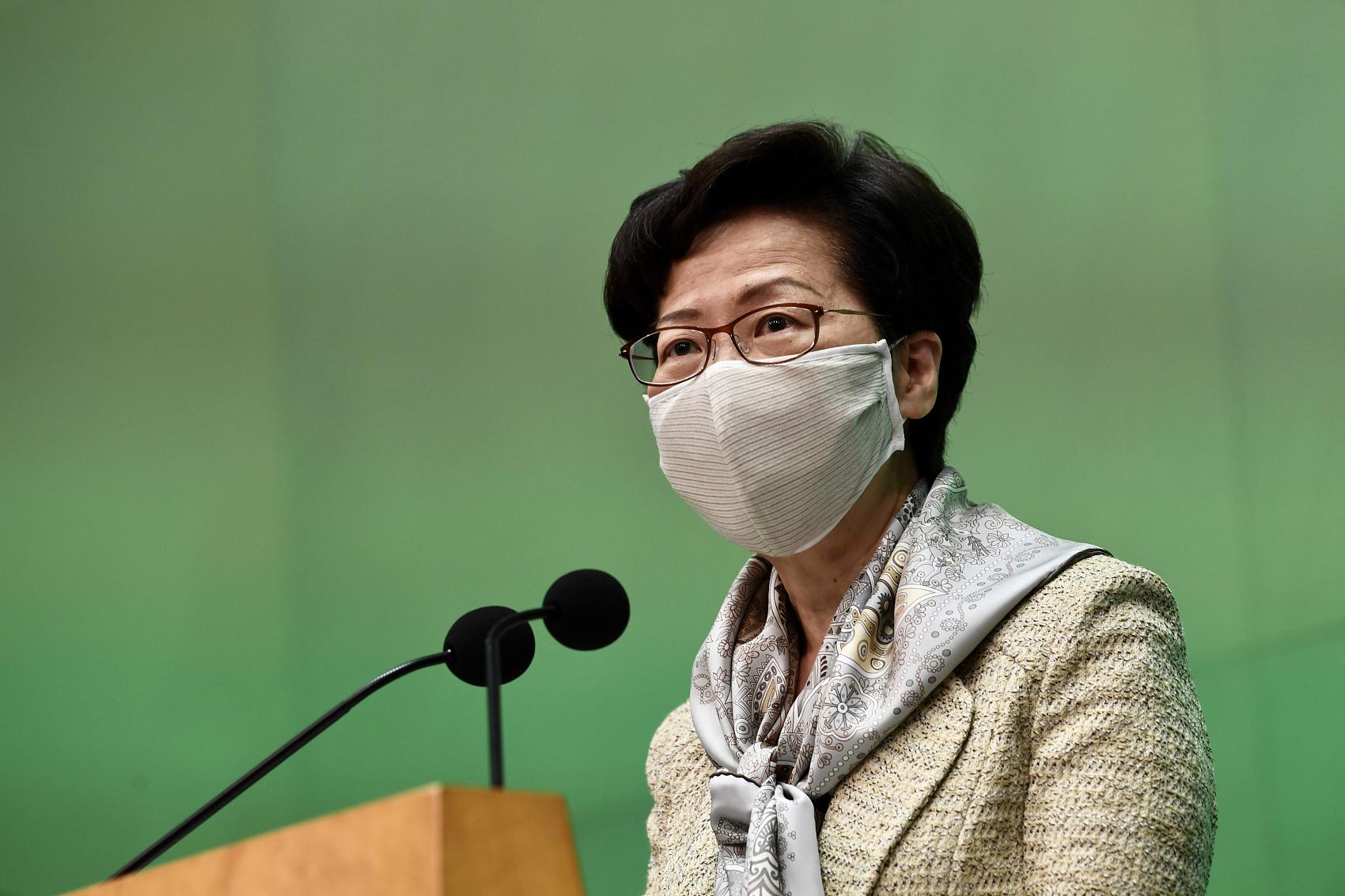 The decision adopted by the National People's Congress (NPC), China's top legislature, on establishing and improving the HKSAR's legal system and enforcement mechanisms for safeguarding national security, aims at plugging loopholes that endanger national security and Hong Kong's stability, Lam said at a media session ahead of the Executive Council meeting on Tuesday.

"Without national security Hong Kong can not enjoy long-term peace and stability, so I urge those who have been demonizing and stigmatizing the legislation to stop acting against the general public," she said. "The general public in Hong Kong aspire to restoring stability so that they could live and work in safety and contentment."

To safeguard employment and brace the struggling economy, the HKSAR government has rolled out the 81-billion-Hong-Kong-dollar (10.45 billion US dollar) employment support scheme for enterprises and the 10,000-Hong-Kong-dollar (about 1,290 US dollars) cash handout for Hong Kong permanent residents, the chief executive said, stressing that Hong Kong needs a stable environment, or the recovery in business activity and slowdown in unemployment will be reversed again.

The decision on the national security legislation for Hong Kong is incontestably in accordance with the Constitution and the HKSAR Basic Law, and is also a reasonable move given the long lack of sound mechanisms for safeguarding national security and the prolonged social unrest in Hong Kong, Lam reiterated.

Nearly three million Hong Kong residents have signed a petition in support of the national security legislation, she noted, adding that the large number of supports demonstrates that the continued violence and external interference have been detested by Hong Kong residents.

"We will continue the relevant work, and we hope the legislation will be successfully completed, so that stability will be restored in Hong Kong," she said.