Nations try to strike a deal 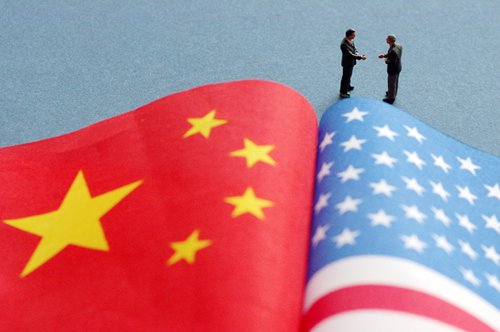 Chinese and US trade officials are set to make another attempt at striking a trade deal to defuse an increasingly bruising trade war that has rattled global markets and presented mounting challenges to both economies. (Photo: VCG)

With a fresh set of shared concerns over an economic slowdown and market turmoil, Chinese and US trade officials are set to make another attempt at striking a trade deal to defuse an increasingly bruising trade war that has rattled global markets and presented mounting challenges to both economies. Chinese and US negotiators are scheduled to hold vice-ministerial level trade talks on Monday and Tuesday in Beijing, the first face-to-face meeting after the leaders of the two countries reached a truce on December 1 in Argentina, China's Ministry of Commerce (MOFCOM) announced on Friday.The US delegation led by Deputy US Trade Representative (USTR) Jeffrey Gerrish will hold "positive and constructive" discussions with their Chinese counterparts to implement the consensus reached by the two leaders, MOFCOM said in a brief statement.Under the consensus, Chinese and US trade officials have until March 2 to find a way out of the trade war.Details of the talks remain murky, but Chinese analysts believe that, although the meeting is unlikely to result in a sweeping deal, it is better positioned to carry out constructive talks and pave the way for a future agreement."This vice-ministerial level negotiations will deal more with the basics than final decisions," He Weiwen, an executive council member of the China Society for World Trade Organization Studies, told the Global Times on Sunday. "That the US delegation is coming is an opportunity for the two sides to find a solution."Signs of the timesUnlike previous rounds of trade talks at the height of the trade frictions, when officials engaged in a war of words, this meeting comes at a time when the two sides have toned down their criticism of each other.Trade officials have been in close contact over the past month and top leaders have exchanged pleasantries over the phone. On December 30, Chinese President Xi Jinping and US President Donald Trump spoke on the phone and expressed their willingness to reach an agreement, Xinhua reported."This offers great support and momentum for the two working teams to reach an agreement," Bai Ming, deputy director of the Ministry of Commerce's International Market Research Institute, told the Global Times on Sunday.The talks also come as both countries see ominous signs in their economic outlook due to the trade war, compelling both sides to end their trade war, analysts noted.As the two countries slapped tariffs on each other's goods worth billions of dollars, warning signs are flashing for both the Chinese and US economies. In China, economic growth has slowed to its weakest pace in decades, with analysts forecasting a further slowdown. In the US, though growth remains solid, the recent turmoil has led to the worst performance of the US stock market in a decade, and new data suggests that the country's manufacturing sector is expanding at its slowest pace in two years."No doubt, with both countries facing an economic slowdown and market instability, there is greater willingness from both sides to reach an agreement," said Bai, particularly from the US. "US officials have said that they can win a trade war easily, but now they may think twice."Areas of agreementWith global markets closely watching the trade talks, Chinese and US officials are likely to exercise calm and project confidence in a final deal, which would likely include the agricultural, energy and other sectors, analysts said.In a sign that the talks might focus on agriculture and energy, the US delegation includes negotiators in these areas, such as the USTR's Chief Agricultural Negotiator Gregg Doud and Assistant Secretary for Fossil Energy at the US Department of Energy Steven Winberg, the USTR said.China's MOFCOM has not announced members of its delegation to the meeting.Following the truce last month, China has already moved to purchase millions of dollars worth of US soybeans and lowered tariffs on vehicles from the US."More deals are possible, but I think what's more important now is what the US will offer, and if it would meet China halfway?" Bai said.