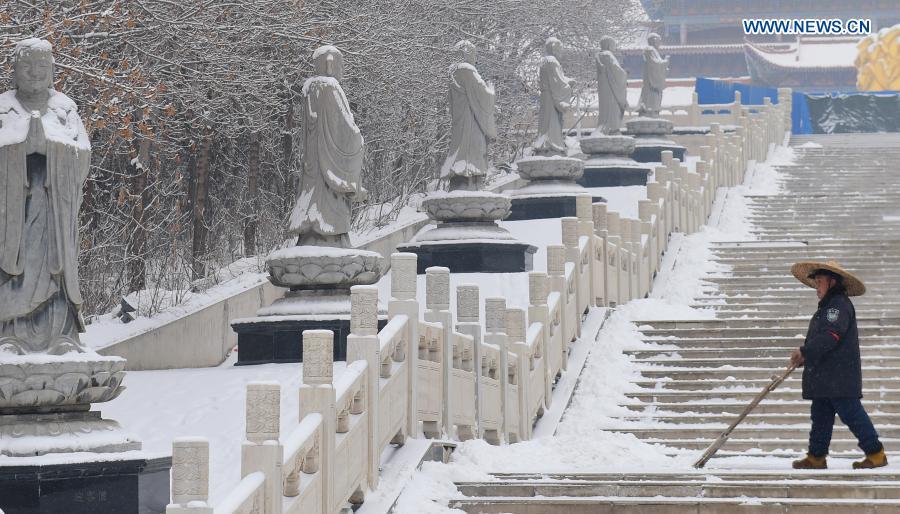 Central and eastern China are expected to see temperatures drop by around 8 C from Tuesday night and last till Friday as a cold air mass sweeps across the country, according to the National Meteorological Center.

The center said that temperatures in regions along the Qinling Mountains, which divide the country's north and south, and the Huaihe River, which runs through the eastern region, will drop below -10 C during the week. In the northern sections of South China, temperatures will drop below zero.

On Tuesday, the center issued a nationwide blue cold warning, the lowest alert level in its three-tier system. Due to the cold air, Xinjiang Uygur and Tibet autonomous regions and Qinghai province will have snow with precipitation of up to 18 millimeters from Tuesday to Wednesday.

From Wednesday till Thursday, snow and sleet will hit Southwest China and the Yangtze River region with fog and gusts. The center warned that transportation and police authorities should be ready for icy roads and people need to be prepare for the impact on agricultural and industrial products.