Neither China nor the US will benefit from the trade war and this has been proven by a large number of facts, a Chinese Foreign Ministry spokesperson said at a regular press briefing on Friday, in response to US Treasury Secretary Janet Yellen’s remarks on China-US trade relations. 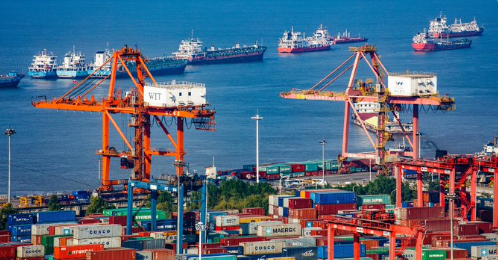 "For the moment, we have kept the tariffs in place that were put in by the Trump administration ... and we'll evaluate going forward what we think is appropriate... " said Yellen in an interview on Thursday. She added Beijing is expected to adhere to commitments on the interim trade deal.

Spokesperson Hua Chunying said: 'We have repeatedly pointed out that China-US economic and trade relations are mutually beneficial in nature. Decoupling with China means decoupling with opportunities, the future, and the world."

According to the US Chamber of Commerce, full-scale decoupling with China will cost hundreds of billions of dollars to the US, and a worst-case scenario envisions a crippling of major industries such as aviation and semiconductors.

“Regarding the US government’s initiation of the trade war against China under the Trump administration, there have been many voices in the US who oppose it, believing that this approach will not solve US issues, but will instead make US companies and consumers pay the price,” Hua added.

China hopes that the US will listen to the voices of the business community and people of insight, correct relevant wrong practices towards China, strengthen dialogue and communication with China, expand economic and trade cooperation on the basis of mutual respect, equality and mutual benefit, and properly handle economic and trade differences to promote healthy and stable development of economic and trade relations between China and the US.