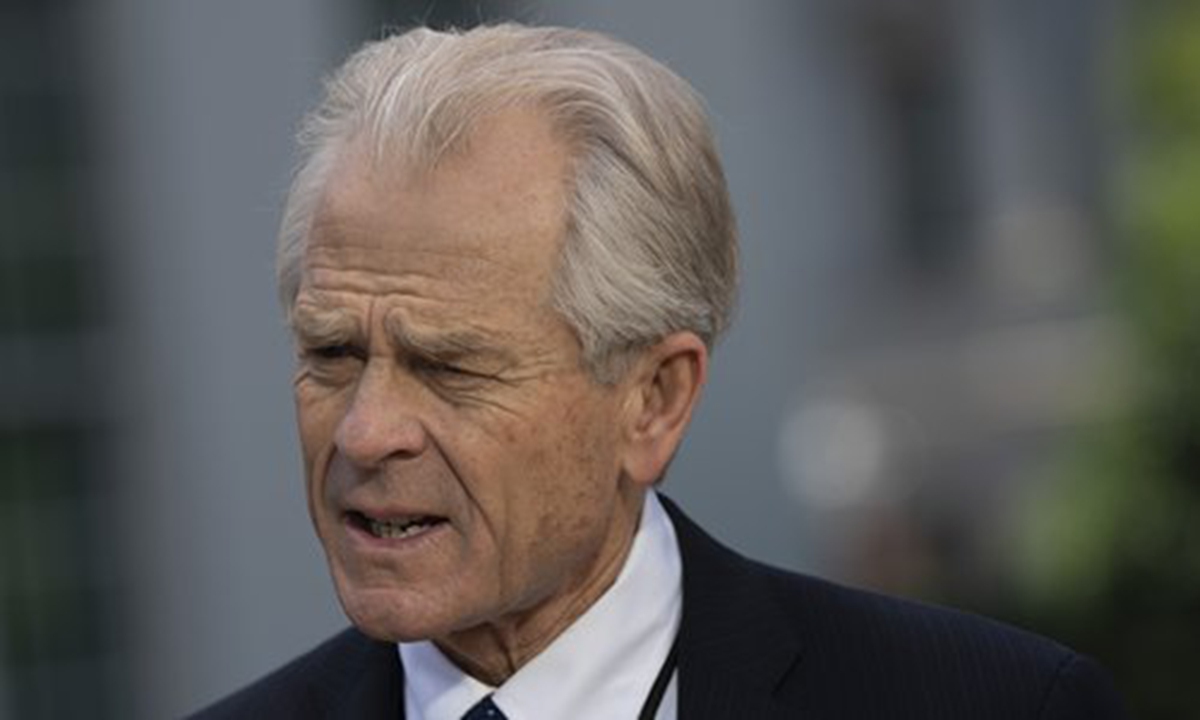 Chinese Foreign Ministry spokesperson Zhao Lijian made the comment at a routine press conference Thursday in response to a question about an accusation made by Navarro on Wednesday US local time, in which the trade advisor stated the Democratic Party and the Communist Party of China have entered into a common cause to defeat Trump, and that the whole strategy is based on blaming this US administration for a global pandemic “created by the Communist Party of China.”

“This person [Navarro] has been addicted to telling lies and spreading misinformation and ‘political virus,’ and he has long lost all credibility,” Zhao said.

The US public knows best how the US government has performed in combating the pandemic, and this has also been witnessed by the international community, Zhao said.

“We advise Navarro and his like to stop playing the blame game and stop their clumsy performance, otherwise the disgrace is their own,” the spokesperson noted.

We have repeatedly stated that China has no interest in getting involved in the US’ internal affairs, and we urge US politicians to stop using China to pursue their interests in the election campaign, Zhao said.