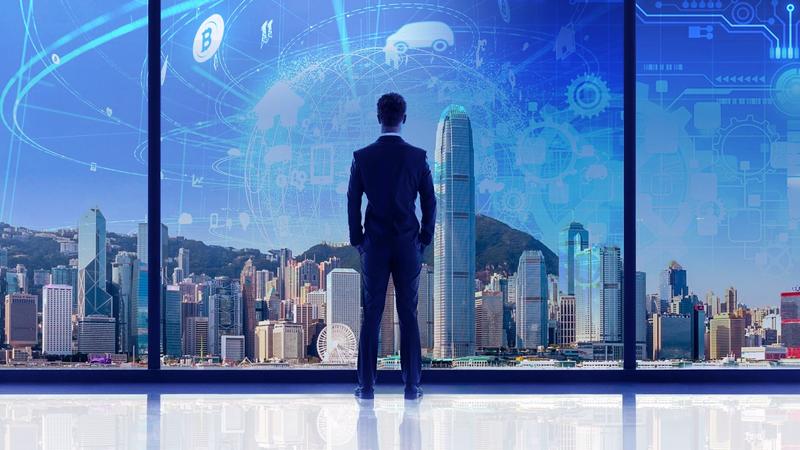 Reindustrialization, for which Hong Kong has bright prospects, is a significant part of elevating the SAR's advantages in the Greater Bay Area. Kapila Bandara reports from Hong Kong.

A gradual, structural transformation of manufacturing, or reindustrialization, where industry marries with the digital arena of information technology, is providing fresh impetus to the Hong Kong Special Administrative Region's economic growth while also diversifying the economy.

Industry 4.0 is a concept first presented by Germany at the 2011 Hannover Messe trade fair, to use digitalization and new technologies to transform industrial manufacturing. The Chinese mainland, the United Kingdom, the United States, Italy, South Korea and Japan have also devised their own strategies.

Electronics engineer Yiu Hing-leung, an Industry 4.0 professional who is also the head of reindustrialization at Hong Kong Science and Technology Parks Corp, said initiatives outlined in the then-chief executive Carrie Lam Cheng Yuet-ngor's 2021 policy address reflect great support for innovation and technology and will help drive the development of information and technology, and reindustrialization.

"The increase in land supply for I&T and the expansion plan for Hong Kong Science Park will further support our ecosystem and contribute to the development of the Guangdong-Hong Kong-Macao Greater Bay Area as an international I&T hub. The Northern Metropolis Development Strategy will also strengthen I&T collaboration between Hong Kong and Shenzhen. For example, a government funding scheme offers up to HK$15 million ($1.91 million) for manufacturers to set up new smart production lines in Hong Kong," he said.

In a survey, the Hong Kong Productivity Council and the University of Hong Kong's Business School found that 184 companies in the food, health and green technology sectors had shown interest in Industry 4.0. The companies believe that intelligent production would increase productivity, reduce costs and make their operations more flexible. Fifty-two percent of the respondents flagged interest in moving to, or extending their production lines to Hong Kong, but noted that finding talent is an issue.

Reindustrialization is occurring against the backdrop of a clamor for tax depreciation allowances or deductions for research and development by Hong Kong companies in the Greater Bay Area.

The HKPC, which offers research and development consulting, joined the Vocational Training Council and Germany's Fraunhofer Institute for Production Technology in offering the first professional diploma program in Industry 4.0 in 2018.