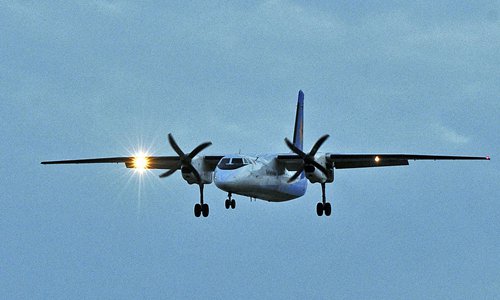 The Chinese People's Liberation Army (PLA) Navy might acquire a type of domestically developed airliner and convert it into a maritime surveillance aircraft, as military analysts said on Thursday the move could rapidly boost China's naval surveillance capability at a low cost.The PLA Navy may have the new Modern Ark 60 (MA60) search and guidance aircraft in its arsenal of special-mission aircraft, Weihutang, a column on the military affiliated with China Central Television, reported on Wednesday.Citing a Tuesday notice released on the Chinese military's weapon and equipment procurement website weain.mil.cn, the report said the PLA Navy is procuring electro-optical detection units, communication relay units, navigation units and BeiDou transceivers for the MA60.Developed by Xi'an Aircraft Industry (Group) Company Ltd under the state-owned Aviation Industry Corporation of China, the twin turboprop MA60 was designed to be a regional airliner that uses advanced but mature technologies, according to the company's website.Wei Dongxu, a Beijing-based military analyst, told the Global Times on Thursday that once customized with the likes of sea surface search radars and electro-optical detection equipment, the MA60 can cover a considerably large sea area and conduct surveillance missions on vessels.Special-mission aircraft plays an important role in high sea surveillance and intelligence gathering, making them a focus of development by navies around the world, the Weihutang report said.China uses special-mission variants of the Y-8 and Y-9 transport aircraft to conduct such missions, but their numbers are limited, the report noted. Military observers said the possible commissioning of the MA60 could quickly fill the gap and help the PLA Navy cover China's vast territorial waters, especially in the South China Sea and East China Sea.The MA60 uses very mature technologies and has a high cost performance, Wei said, noting that its maintenance is likely less complicated than designated warplanes, making it more suitable on island bases.Although its range, endurance and surveillance capability might not be as good as those of the Y-8-based special-mission aircraft, they can complement each other, Wei said.Since 2005, more than 100 MA60 regional airliners have been sold to countries along the routes of the China-proposed Belt and Road Initiative, including Laos, Cambodia, Nepal and Zimbabwe, according to State-owned Assets Supervision and Administration Commission of the State Council.