Navy sends its most capable combat ship on escort mission 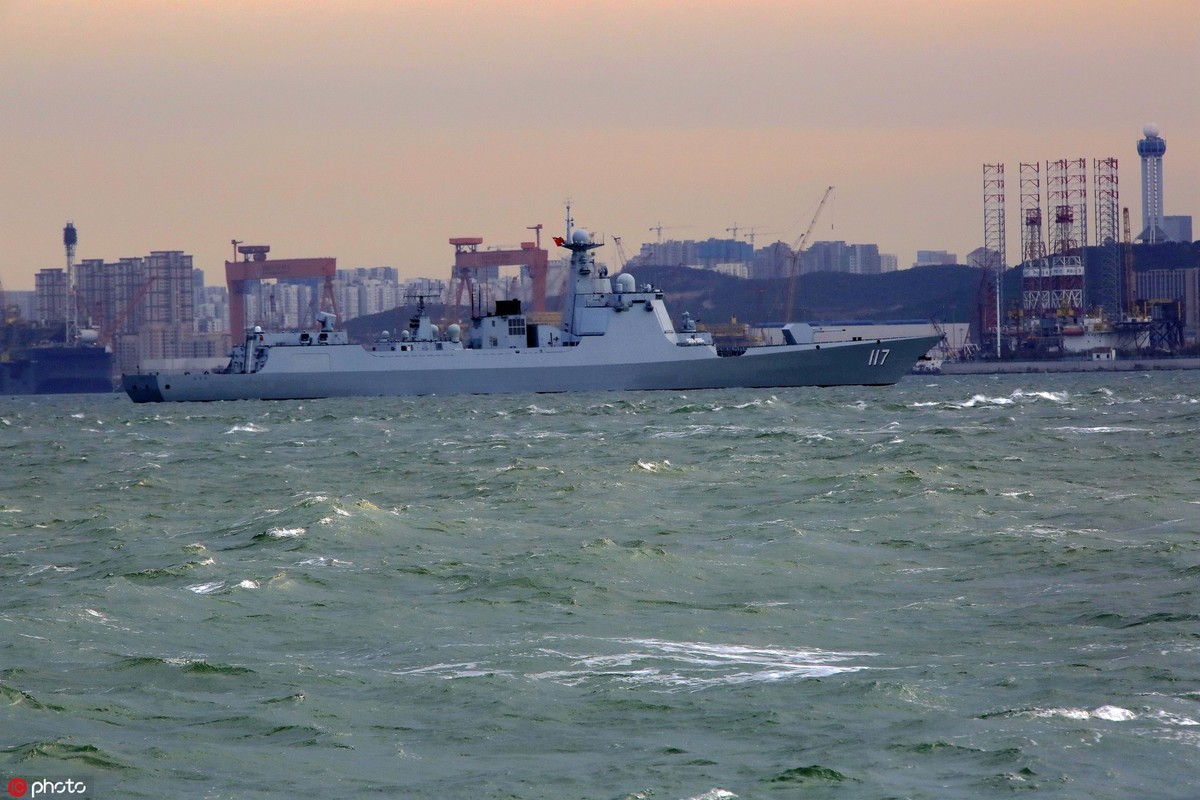 One of the most moving episodes in the Chinese blockbuster Wolf Warrior 2 is the one in which the captain of a Type 052D guided-missile destroyer shouts "Fire!" to order the launch of supersonic cruise missiles to hit rebel troops in an imaginary African nation holding Chinese hostages.

However, this scenario could not have happened in real life because in the Gulf of Aden there have been no Type 052D destroyers－now considered the most capable combat ship in the People's Liberation Army Navy.

Instead, the Navy has sent other vessels to the once pirate-plagued waters to protect civilian vessels for nearly 11 years.

That is about to change, as the Navy has decided to dispatch a Type 052D to take part in its latest escort mission. The CNS Xining, the fifth in the Type 052D class, is sailing toward the Gulf of Aden.

The Xining, with the number 117 on its hull, was commissioned in January 2017. It is part of the PLA Navy's 33rd escort flotilla, together with CNS Weifang, a Type 054A guided-missile frigate and CNS Hoh Xil Hu, a Type 903A supply ship. All of the ships belong to the naval force of the PLA Northern Theater Command, known as the North Sea Fleet.

The flotilla set sail from a naval base in Qingdao, Shandong province, on Aug 29. It will travel at least 11,000 kilometers before reaching the Gulf of Aden in the next two weeks.

A Type 052D destroyer has a standard displacement of 6,300 metric tons, according to the Navy. It carries a wide range of weapons, including a single-barrel 130 mm naval gun, a close-in weapon system, 64 HHQ-9 long-range antiaircraft missiles and YJ-18 or YJ-83 cruise missiles.

The vessel uses a host of cutting-edge technologies. The Navy said that the Type 052D destroyer has a stealth design and can act as a flagship for a strike group.

It is capable of conducting anti-ship, anti-submarine and air defense operations, and has been described by some Western observers as a "carrier killer".

The first Type 052D destroyer, CNS Kunming, joined the Navy in March 2014. The Navy has built at least 17 Type 052Ds and 11 of them are in service, according to military observers who follow the weapons' development of the PLA Navy.

The 33rd escort flotilla has more than 600 officers and sailors, including dozens of special operations troops.

The Navy began to carry out escort missions in the Gulf of Aden and the waters off Somalia in December 2008. In the past decade, it has sent 106 ships and more than 28,000 naval personnel to escort at least 6,700 Chinese and foreign ships, according to the Navy.