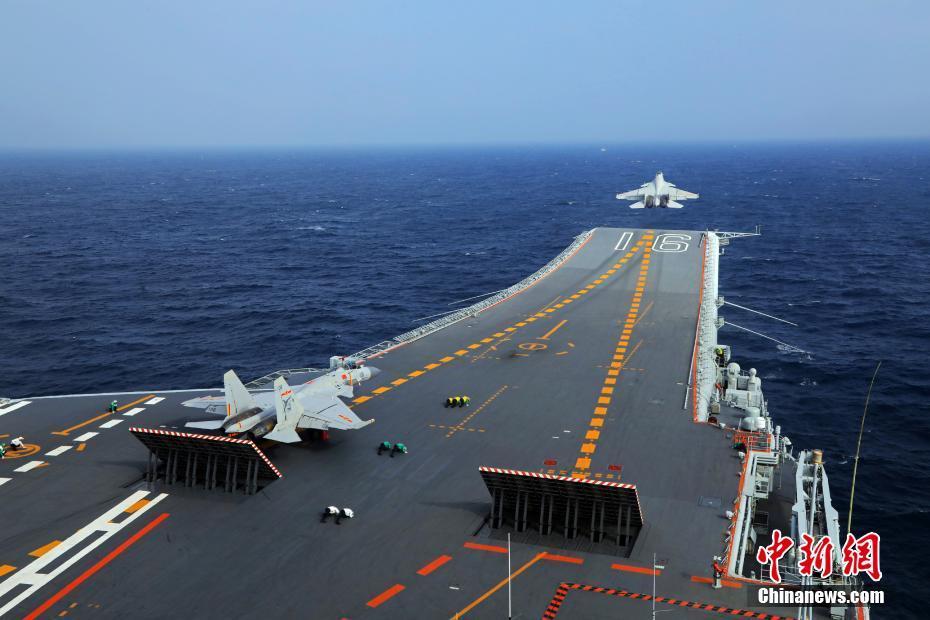 A jet takes off from the deck of the CNS Liaoning. (Photo: Chinanews.com)

CNS Liaoning, one of China's aircraft carriers, has led its carrier battle group to the South China Sea to conduct training operations, according to a spokesman for the People's Liberation Army Navy.

Senior Captain Gao Xiucheng said on Monday in Beijing that the Liaoning and other ships in the battle group started a long-range operation recently in accordance with the Navy's annual schedule. The vessels sailed through the Miyako Strait and Bashi Channel before reaching the South China Sea, he was quoted as saying in a statement published by the Navy.

This operation is a routine arrangement and complies with international laws and norms, Gao noted, adding that the Navy will continue organizing such training and exercise operations on a regular basis to boost the combat capability of its carrier battle groups.

The Navy did not disclose which ships are accompanying the Liaoning, but pictures released by the Joint Staff of Japan's Ministry of Defense showed that there are five in the group: two Type 052D destroyers, CNS Xining and CNS Guiyang; two Type 054A frigates, CNS Zaozhuang and CNS Rizhao; and CNS Hulunhu, a Type 901 replenishment ship.