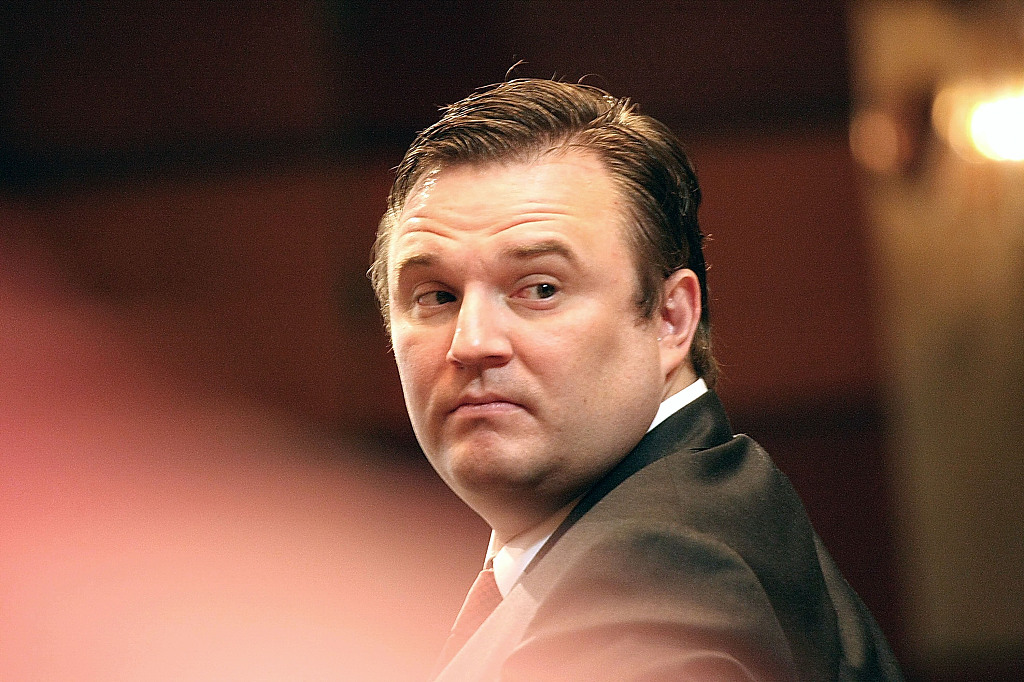 With only days before the NBA tips off an overseas preseason game tour in Shanghai, Morey, the Rockets' general manager, infuriated Chinese fans by tweeting support for the protests in Hong Kong, which have led to vandalism and serious damage. The tweet has sparked criticism beyond the sport's circles in China and triggered related organizations to cut ties with the franchise.

During the Rockets' preseason trip to Japan on Friday, Morey tweeted an image that read "Fight for Freedom. Stand with Hong Kong".

That was a slogan often shouted by rioters during months of protests in Hong Kong, which were sparked by opposition to a bill to amend the special administrative region's extradition law.

Morey deleted the post after Rockets owner Tilman Fertitta distanced his organization from its GM's opinion, saying on Twitter that Morey doesn't speak for the Rockets. The team has had long-standing support in China for being the home of basketball Hall of Fame inductee Yao Ming from 2002 to 2011. Fertitta, however, later told ESPN that "everything is fine with Daryl and me".

The Chinese Basketball Association, now chaired by Yao, swiftly responded on Sunday, announcing it had suspended any exchange or cooperation with the Rockets and expressing "strong opposition" to Morey's "improper remarks regarding Hong Kong". The Chinese league has also canceled its four preseason games against NBA development league teams, including Rockets' affiliate Rio Grande Valley Vipers, originally set for Oct 19 and 20 in Su­zhou, Jiangsu province.

The Chinese Consulate General in Houston issued a statement saying it was "deeply shocked" by Morey's "erroneous comments" and expressed "strong dissatisfaction". The consulate also urged the Rockets to "correct the error and take immediate concrete measures to eliminate the adverse impact".

Both China Central Television and the league's digital partner Tencent have announced a suspension of all broadcasting, livestreaming and news coverage of the Rockets, one of the most-followed NBA franchises in China, blocking it in its biggest overseas market.

The NBA, preparing for its preseason games between Los Angeles Lakers and Brooklyn Nets in Shanghai on Thursday and Shenzhen two days later, issued a statement on Monday through Mike Bass, its chief communications officer. Bass said the league understands Morey's views had "deeply offended many" in China, "which is regrettable".

"We have great respect for the history and culture of China and hope that sports and the NBA can be used as a unifying force to bridge cultural divides," the statement said.

On Monday, Morey tweeted trying to clarify his original post.

"I did not intend my tweet to cause offense," Morey said. "I have had a lot of opportunity since that tweet to hear and consider other perspectives." He also said, "My tweets are my own and in no way represent the Rockets or the NBA."

Joseph Tsai, co-founder of Chinese e-commerce giant Alibaba Group, who also owns the Nets, urged the league to learn its lesson on better understanding the history of China because repairing a hurt takes a long time.

"The one thing that is terribly misunderstood and often ignored is that 1.4 billion Chinese citizens stand united when it comes to the territorial integrity of China and the country's sovereignty over her homeland. This issue is nonnegotiable," the Chinese-Canadian entrepreneur wrote in an open letter posted on social media.