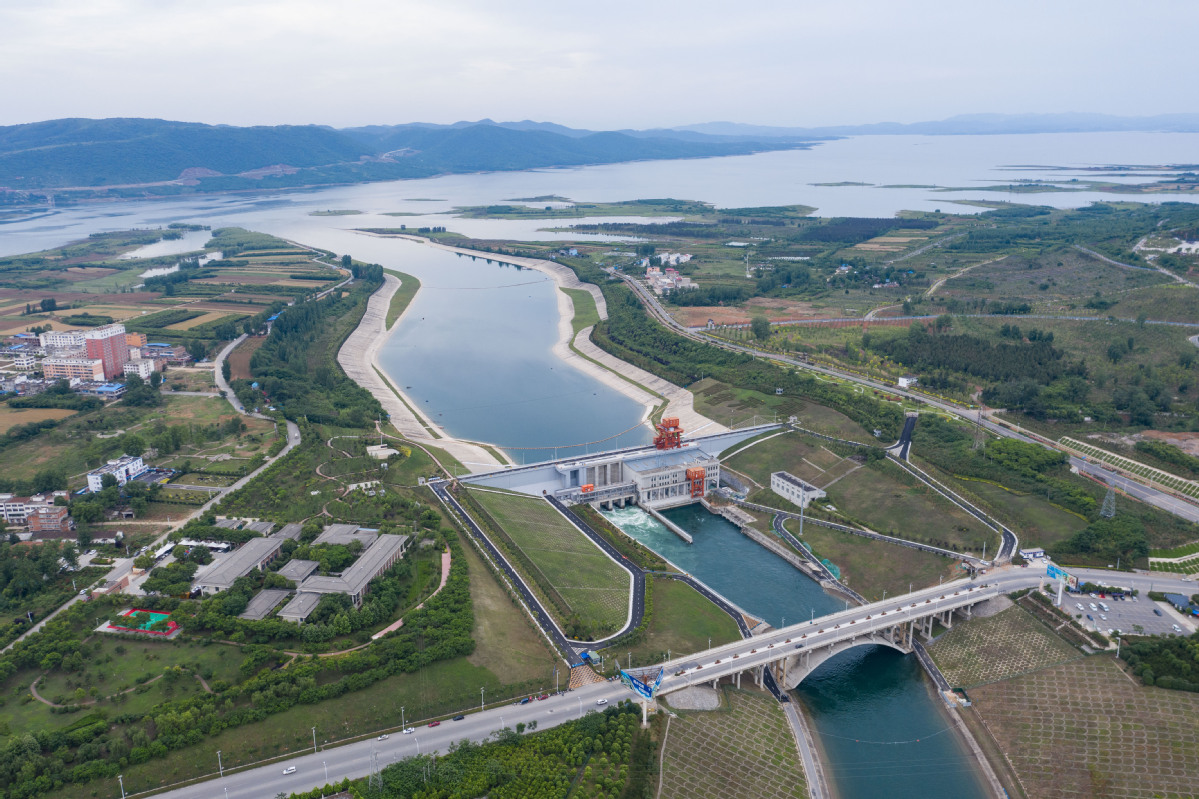 Pro-growth policies to speed up infrastructure construction, spur consumption and stabilize growth overall are expected to lend solidity to China's economy, and the country's GDP is likely to see positive growth in the second quarter, officials and experts said on Tuesday.

The National Development and Reform Commission, the country's top economic regulator, said China will roll out more policy tools in a timely manner to cope with economic challenges. The country has the confidence and capacity to ensure stable, healthy and sustainable economic development, it added.

China will also accelerate the construction of infrastructure projects in areas like water conservancy, transportation, underground utility tunnels, and large wind power and photovoltaic bases in the Gobi Desert and other arid regions, said Ou Hong, NDRC deputy secretary-general, at a news conference on Tuesday in Beijing.

Ou said the country's economic recovery gathered pace in May, with major economic indicators witnessing improvements, fueled by better containment of the COVID-19 pandemic, gradual resumption of work and production and a series of pro-growth policies.

China's economy has shown strong resilience and has ample room for growth, Ou said. "We are fully confident of overcoming difficulties and challenges in economic operations, and have the ability to deal with all kinds of unexpected changes to ensure the stable, healthy and sustainable development of the economy."

The country will speed up efforts to implement a package of stimulus measures, like boosting the sales of big-ticket items like automobiles and home appliances, so as to further unleash consumption potential, Ou said.

The country's economy will continue to improve this month with the epidemic situation gradually easing and a package of stimulus measures taking effect, Chen said.

He said recovery momentum is expected to be extended in the second half of this year and the country is likely to see its GDP expand by around 6 percent in the third and fourth quarters.

In addition, more efforts should be made to expand investment in manufacturing and high-tech industries, boost the transformation and upgrade of traditional industries and enhance the core competitiveness of the manufacturing sector, the NDRC said.

"China has witnessed significant improvements in investment structure in recent years, and there are plenty of investment opportunities in emerging technology segments like new energy and power batteries," said Liu Chunsheng, an associate professor at Central University of Finance and Economics.

The government has introduced a series of supportive measures, especially speeding up the construction of infrastructure projects and promoting the recovery of consumption, which are of great significance in expanding domestic demand and shoring up the economy, Liu said.

The country is also enlarging the scope for foreign investment with a draft version of the catalog of industries in which such investment is encouraged, and guide foreign investment in key sectors like manufacturing and in certain places like central and western regions as well as the northeast, said the NDRC.