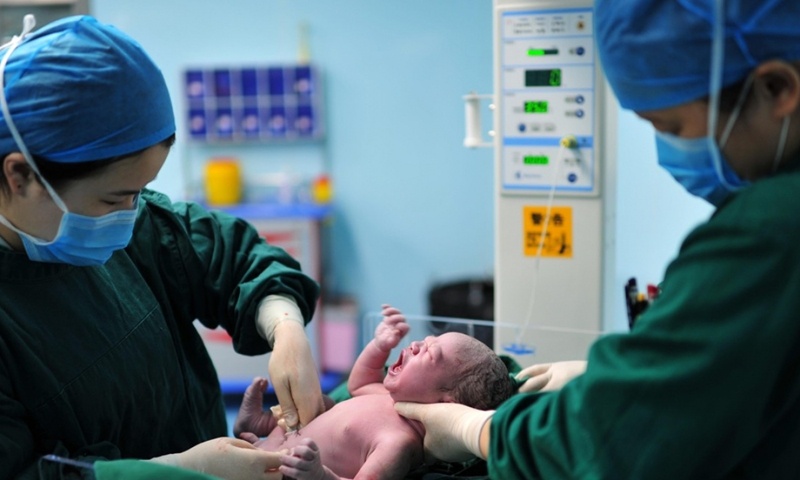 China's National Health Commission said on Thursday the proposal of fully lifting the family planning policy firstly in Northeast China is of great reference value and can be piloted based on local situations so as to solve the problem of population decline in the region.

The proposal was made by a deputy to the National People's Congress (NPC).

The commission said provinces in Northeast China — Heilongjiang, Liaoning and Jilin — can organize experts to conduct research and make an in-depth study of the impact of the relaxation of the family planning policy on local economic growth, social harmony and stability, resource and environmental strategies, basic public services and other aspects.

Also, the commission requested the region to measure population changes and assess the social risks after the possible policy adjustment.

On this basis, the region can propose the pilot program, the authority said.

It noted that the decrease of the population in Northeast China reflects the comprehensive and systematic problems of regional economic system, industrial structure and social policies.

For example, with the depletion of resources and the country's industrial upgrading and transformation, a large number of local young workers cannot find satisfactory jobs at home, but have to go to regions with a better economy and higher wages.

According to a report published by the Global Times in July 2018, the fertility rate in the region was the lowest in the world - around a third of Japan's - and had led to a decline in the region's labor force, said Yi Fuxian, a researcher at the University of Wisconsin-Madison.

Yi said that Northeast China had the world's lowest fertility rate, with the number of children an average woman will have over her lifetime, in 2015 being just 0.55.

Experts warned that the birth rate in China has crossed a warning level after a recent report from the public security authorities showed that the country registered only 10 million newborns in 2020, down 15 percent down from 2019.

The National Health Commission said it will continue to strengthen the research on a regional population development strategy, guide local governments to actively build a system to support births in light of actual conditions, further stimulate fertility potential and promote long-term balanced development of the population.

The Shanghai-based media outlet The Paper reported on Thursday that in 2020, Chen Xiangqun, deputy to the NPC and executive vice governor of Liaoning Province, has proposed the first full relaxation of the family planning policy in Northeast China.