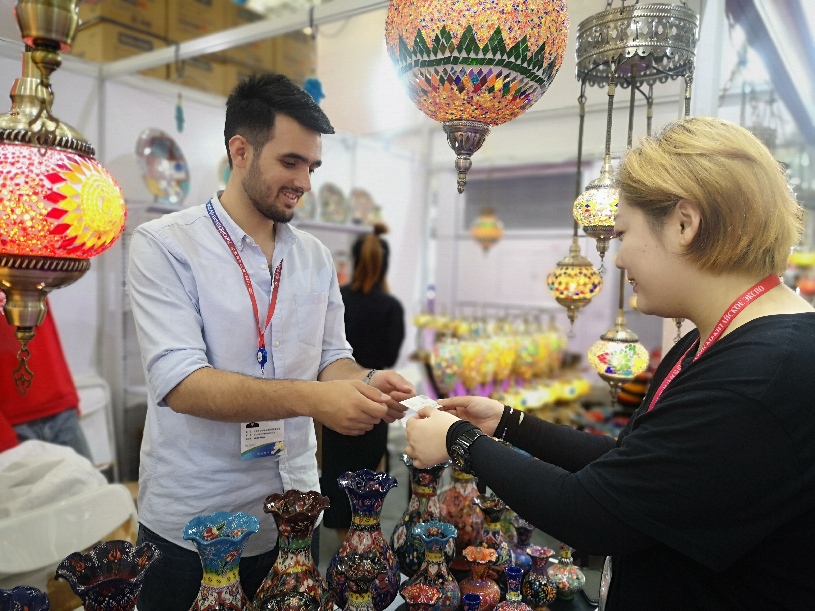 A visitor receives a business card from an exhibitor at the Sixth China-Russia Expo in Harbin, capital of northeast China's Heilongjiang Province on June 15, 2019. (Photo: Xinhua)

The growth rate is 15.2 percent higher than the national average for the same period, according to the provincial department of commerce.

The province's export volume totaled 19.13 billion yuan for January to July, up 23.6 percent, while the import volume reached 88.96 billion yuan, an increase of 18.6 percent from the same period last year, it added.

From January to July, Heilongjiang has carried out trade with 62 countries and regions along the Belt and Road, with the total trade volume reaching 87.21 billion yuan, up 22.4 percent year on year.