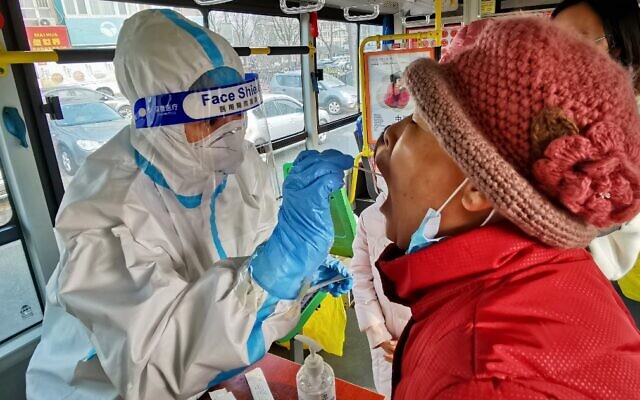 A Chinese health worker (L) in a protective suit takes a swab from a Dalian resident to test for coronavirus, as the city carries out a mass testing program after new confirmed cases were found, in northeastern China's Liaoning province, on December 23, 2020. (Photo: AFP)

Based on the traces and activity spheres of the COVID-19 cases reported previously in the city, the provincial epidemic prevention and control headquarters approved adding the medium-risk areas in the city's districts of Huanggu and Yuhong, which brought Shenyang's total number of medium-risk areas to five.