Nearly 1,000 sent to put out forest fire in China's Yunnan 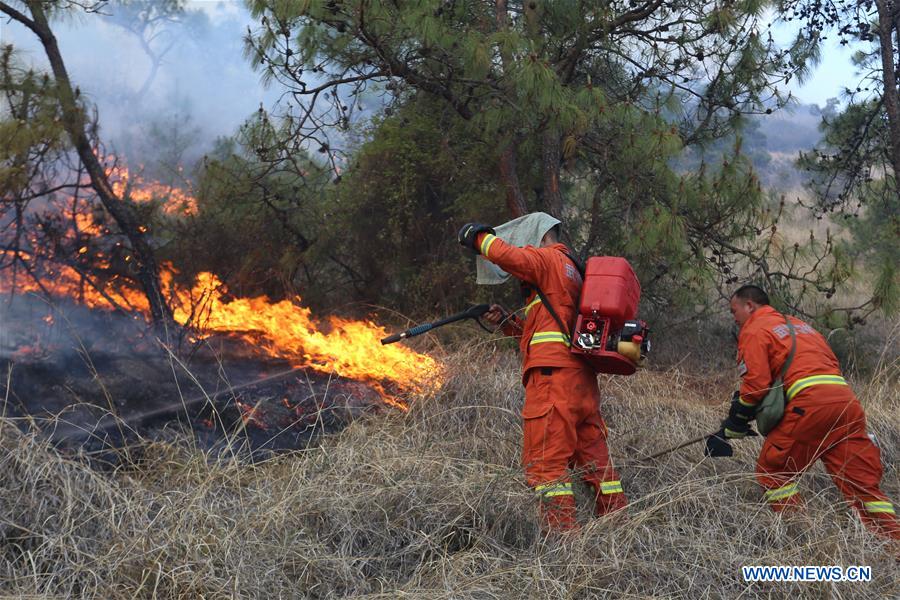 In addition to over 130 professional firefighters and over 800 local officials and residents, six fire engines and two helicopters were also dispatched to extinguish the fire, according to the county government of Nanjian under Dali Bai Autonomous Prefecture.

The government said no casualties were caused and an investigation into the cause of the fire is underway.