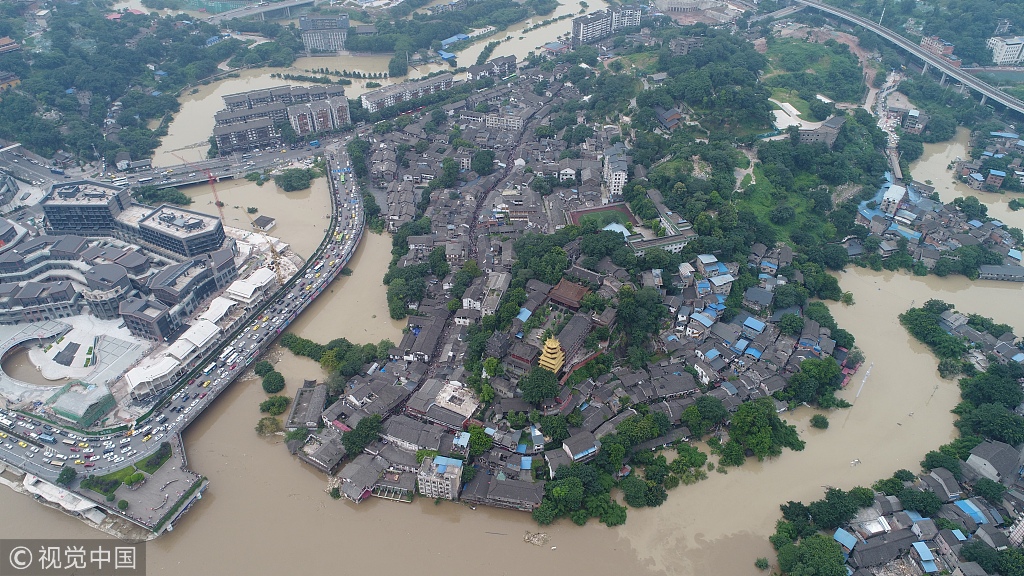 Water levels in the Jialing and Yangtze rivers exceeded the warning levels by 5.92 meters and 3.78 meters, respectively, as flood peaks passed the city, according to the municipal flood control and drought relief headquarters.

Heavy rain in the upper reaches of the Yangtze, Jialing, and Fujiang rivers caused the worst floods since 2012 in the region.

The municipality has coordinated multiple dams, including Three Georges, to discharge flood water, issued warnings, and organized the evacuation of residents to minimize the losses caused by the floods.

The Ministry of Emergency Management has also sent emergency relief supplies to severely flooded areas in Sichuan and Gansu provinces Friday, including 8,000 tents, 8,000 folding beds, and 50,000 coats and quilts.

Heavy rain has also damaged farm and aquatic products, as well as facilities including vegetable greenhouses and livestock housing, and destructed farmlands and fishponds in Sichuan, according to the provincial agricultural department.

Over 1.87 million people have also been affected by flood in Gansu Province, with 14 dead, 4 missing, and 31,600 residents relocated. Heavy rainstorms also triggered a landslide Thursday in Nanyu village, Zhouqu County, but no casualties have been reported so far.