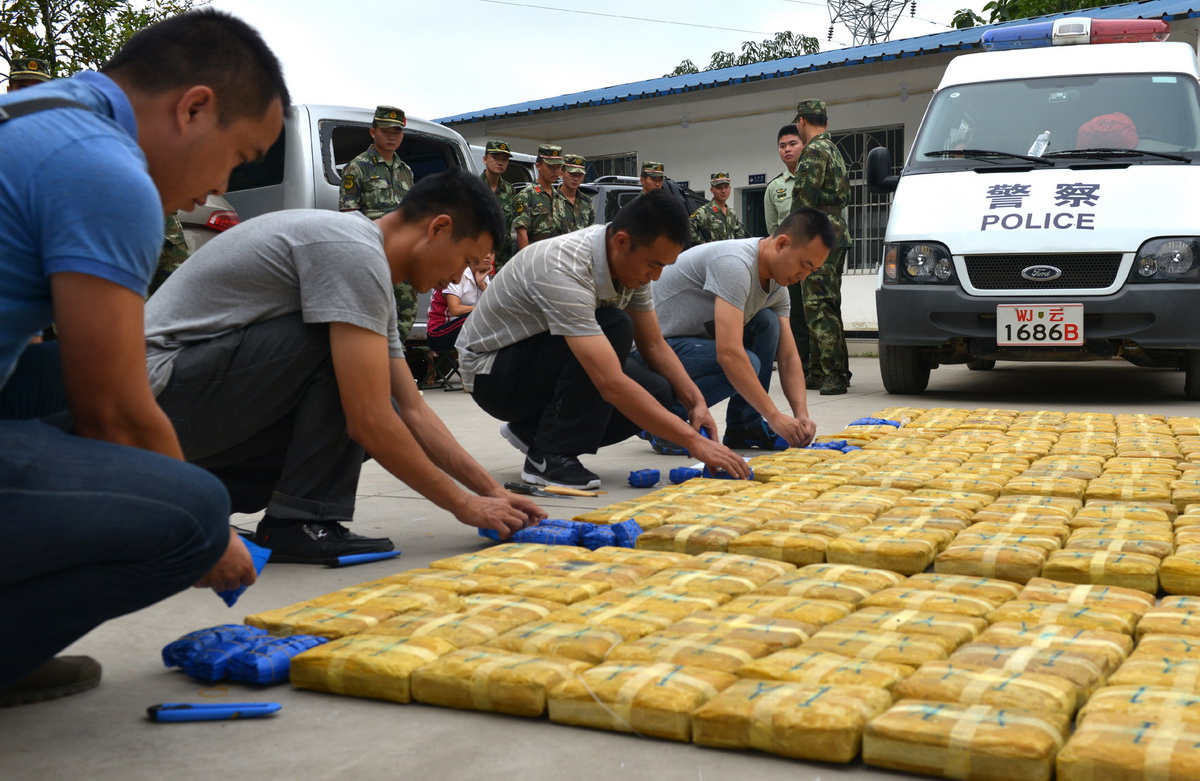 Border police in the city of Lincang seized 19.75 kg of methamphetamine from the bottom of three boxes in the trunk of a minivan during an inspection on Nov. 4 in Cangyuan Wa Autonomous County, with a suspect caught on the spot.

After receiving three tip-offs on Nov. 5, border police busted three other cases from Nov. 5 to 7 in the city, seizing a total of 127.18 kg of drugs including methamphetamine and heroin. Three suspects involving in the cases were detained.

Further investigation into the cases are underway.

Yunnan, which borders the Golden Triangle, is known for its rampant drug production and trafficking.