The third China International Import Expo（CIIE） is held in Shanghai from November 5th to 10th, which demonstrates China's determination to open wider to the outside world. 3，887 Ningbo companies attend the expo, seeking business opportunities and trade partners. 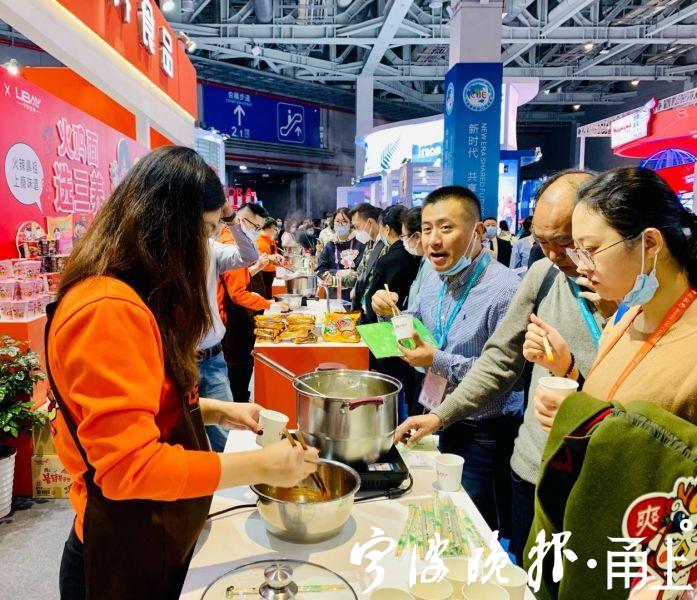 Ningshing Ubay sets up 4 cooking tables outside the booth, attracting lots of visitors to try Samyang spicy noodles for free.

Import from the world

Ningshing Ubay, a leading Ningbo enterprise in cross-border e-commerce, gets a 108-square-meter booth associated with Samyang Foods. They set up 4 cooking tables outside the booth, attracting the visitors to try the cooked Samyang spicy noodles for free. 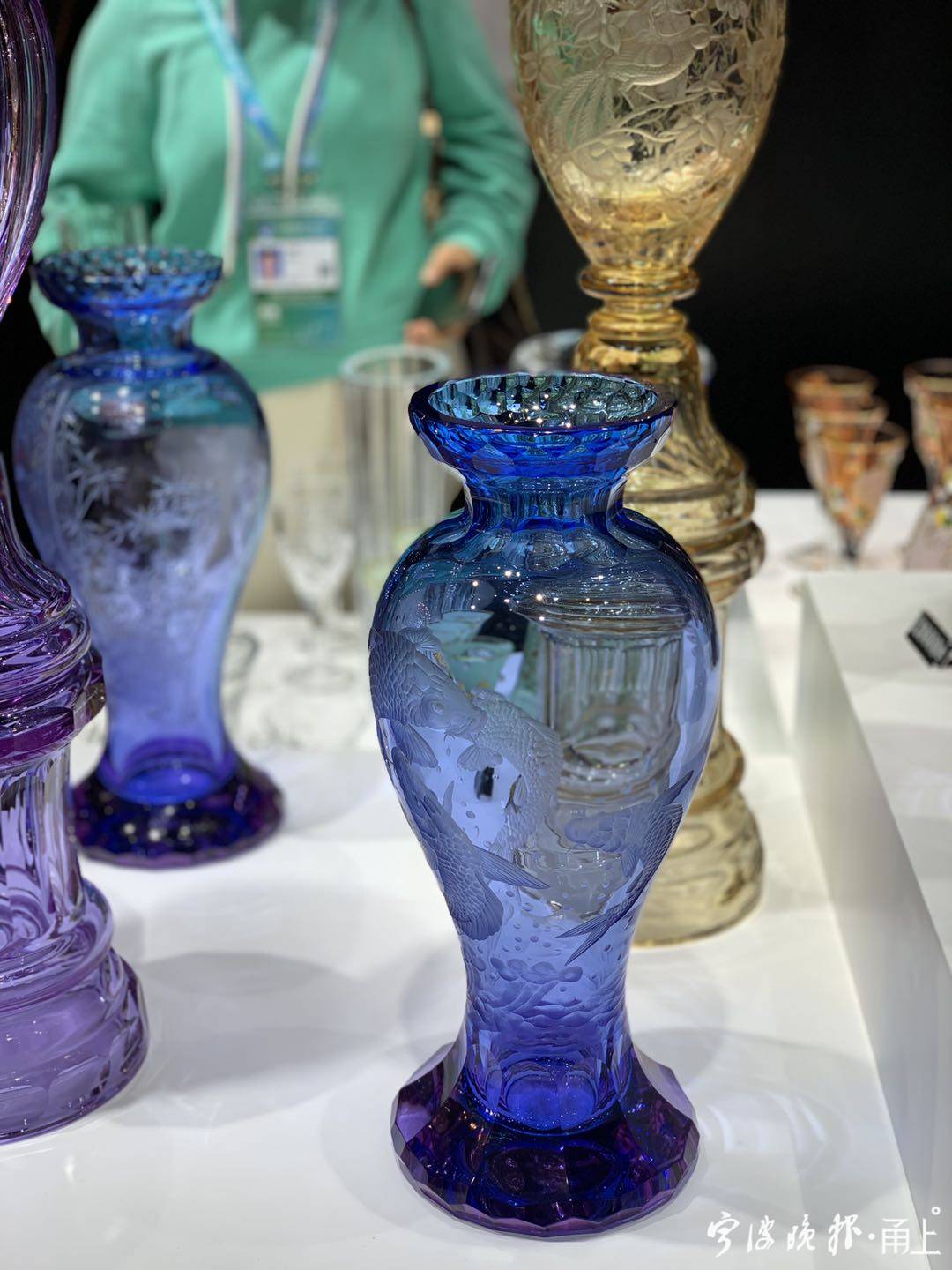 Crystal crafts from the Czech Republic.

“There are so many visitors on the first day that my face masks get soaking wet! The Expo creates a good platform for us to expand the brand influence of Samyang noodles among distributors, government workers, and the media. ”Cao Xudong, Deputy General Manager of Ningshing Ubay, shares his understanding of the special experience.

Due to the COVID-19 pandemic , People's increasing pursuit of a healthy lifestyle stimulates the growth demand of the imported foods, which  brings visible benefits to Cao Xudong's work. Their volume of business has increased by 30 percent in the first half of the year 2020.

While Samyang spicy noodles become the star food products, a crystal brand from the Czech Republic called Eleonora Crystal also catches many visitors' eye. This brand has a 186-year- history with time-honored craftsmanship and enters the Chinese market thanks to a Ningbo import company.

“Since many exhibitions have been canceled, we attach great importance to preparing for CIIE. We design crystal crafts with phoenix and bamboo for the Chinese market and give 20 percent off for on-site purchases. The crafts can be used for house decoration, becoming popular among customers around China.”says Zheng Yao, the director of the Ningbo import company says.

From Zheng Yao's perspective, CIIE provides good opportunities for international brands to expand the Chinese market. Once the trade visitors become interested in the exhibits, they can also come to Ningbo and start a further corporation with thousands of import companies.

Manufacture for the world

Many Ningbo companies have become regional general agents of overseas brands, like Cao Xudong and Zheng Yao. Meanwhile, there is a large number of Ningbo manufacturers providing supply chain and supporting services for world renowned brands, in the field of automotive, apparel, machinery, and equipment.

Kärcher is one of the world's largest cleaning equipment developers. The company releases the world's first intelligent-aware cleaning robot with three global champion technologies during the Expo.

However, few people acknowledge that Kärcher establishes a corporation relationship with Mascube, a top 100 Ningbo-based international trade company. Shi Yu, a sales manager from Mascube says they are responsible for supplying mechanical parts to Kärcher in the area of  the Yangtze River Delta.

“It can be said that most of the aluminum die castings in Kärcher's cleaning equipment are manufactured in Ningbo. Ningbo Beilun is known as the town of aluminum die castings, and its products have high quality and cost-effective price. With the platform of CIIE, more people can learn about Kärcher's cleaning industry, as well as the mold industry in Ningbo.”Shi Yu says.

During the Expo, Uniqlo brings the latest fabrics with cutting-edge technology in its 1500-square-meter booth. After the special treatment of the external material, and as-produced down jacket can become a lot lighter, and even can be folded into a handbag.

In fact, fabric research and development is the strength of Shenzhou International Group, the largest vertically integrated knitwear manufacturer in the world. For many years, Shenzhou produces sportswear, casual wear for international clients like Uniqlo, Nike, and Adidas. This company is situated in Ningbo and also has factories in Cambodia and Vietnam.

As one of the largest port cities across China, Ningbo is believed to boast a unique advantage to develop import trade.

In the face of COVID-19, Ningbo expands both the domestic and international markets. Ningbo's imports have reached 264.4 billion yuan in the first three quarters of 2020, increased by 4 percent, which is 4.6 percentage points above the national average level.

“Ningbo's original imports were mainly crude oil, grain, ore, coal, and other commodities in the past. In recent years, Ningbo has actively expanded the import of high-quality consumer goods. Imports of consumer goods reached 28.63 billion yuan in 2019, up 15.9% year-on-year. ”Zhang Yan, Director of Ningbo Municipal Bureau of Commerce, introduces the background.

During CIIE, Ningbo held the "Belt and Road" national trade and investment docking meeting and major projects signing ceremony on November 6th, with 26 major projects deals signed and an intention to purchase $1.61 billion.

It is worth mentioning that Ningbo will build a 46-kilometer expansion area for Zhejiang Pilot Free Trade Zone, undertaking the strategic functional orientation of building up a global shipping hub, an influential oil and gas resource allocation center, a supply chain innovation center, and a high-quality smart manufacturing demonstration area.

Undoubtedly, the expansion can offer Ningbo more advantages to “buy from the world”, such as increasing the level of trade facilitation, applying innovative business models, and attracting the world's attention.