Over the past two years, nearly 8 million poor farmers have been included in the Backbone Project, a health insurance policy targeting registered impoverished farmers. 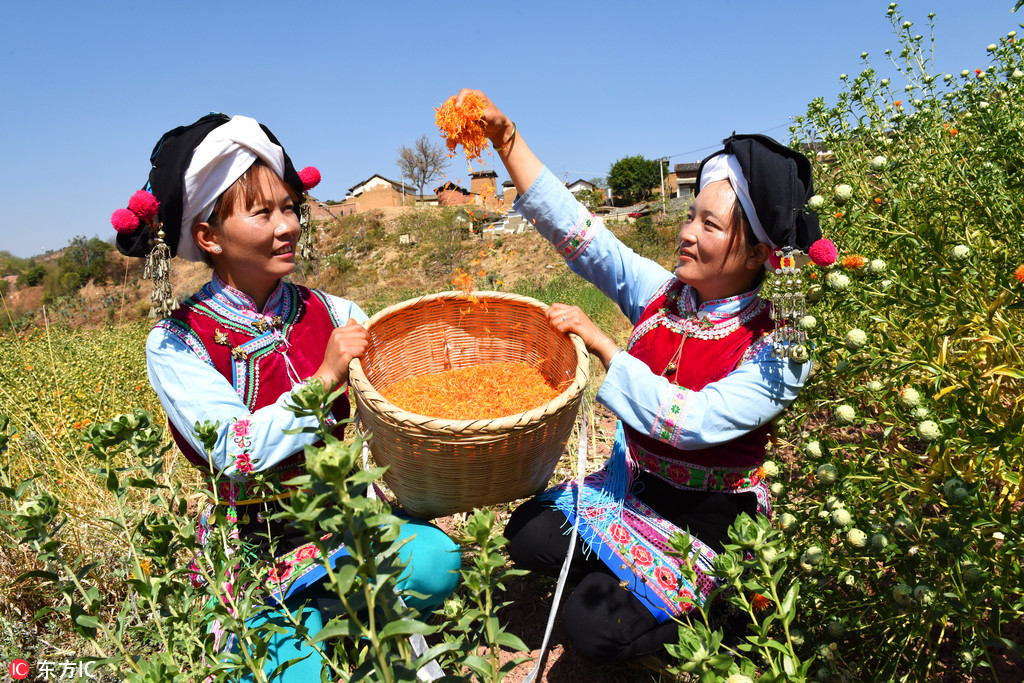 The project was launched by the China Foundation for Poverty Alleviation in 2017.

It covers 79 poverty-stricken counties whose poverty rates hover above 3 percent, said Qin Wei, deputy secretary-general of the foundation, at a gathering in Beijing marking Backbone's second anniversary on Tuesday.

All destitute farmers aged between 18 and 60 — considered breadwinners for their family — receive an extra payment in addition to basic health insurance when accidents and illness happen, Qin said. "The number is expected to hit 10 million by the end of 2020," she added.

Diseases are among the major causes of rural poverty, which has shrunk in recent years as Beijing works to eliminate absolute poverty before 2021 using targeted relief programs.

Almost 82.4 million farmers shook off poverty between 2012 and last year, with the poverty rate down from 10.2 percent to 1.7 percent, according to the State Council Leading Group Office of Poverty Alleviation and Development.

Wang Dayang, an official with the agency's social poverty relief department, praised the project, saying it is tailored to the needs of the impoverished working population.